The other nine realms have fallen, Earth is under attack and the only one who can save us is DOREEN GREEN, A.K.A. THE UNBEATABLE SQUIRREL GIRL. So that's terrific. We're in great hands and don't need to worry at all! Phew. Or at least we would be, if it weren't for the complicating factor of an ancient Asgardian Squirrel Chaos God who's decided she wants to be...FRIENDS?? In this issue, Squirrel Girl and Ratatoskr fight Frost Giants...and their unspoken assumptions about each other! This arc is a "WAR OF THE REALMS" TIE-IN, but it's also an awesome stand-alone story that you don't need to be reading all the other comics to get! Don't tell Marvel. 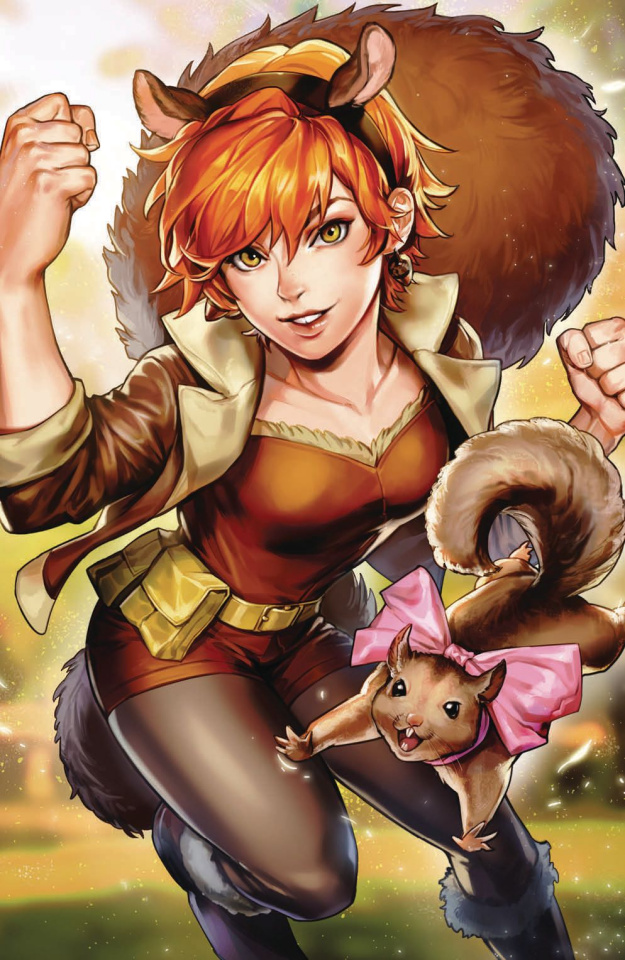