The future ain't pretty. It's 2043, and the United States Under God is a dry, violent place filled with aggressive degenerates. "Born" into this world is Baby Badass, a failed military experiment who escapes into the New West desert where he's discovered by a sweet waitress who takes him in, not knowing that the slumbering bundle is actually a 33-year-old half-formed hybrid clone of super-soldier Alphie Omega. On the run from an evil entity called M.O.T.H.E.R. (Military Organization to Harness Evolutionary Resources), it's Mad Max meets Idiocracy, a hilarious and disturbing journey into a dark future of fear, sex, violence, and the occasional diaper-change. 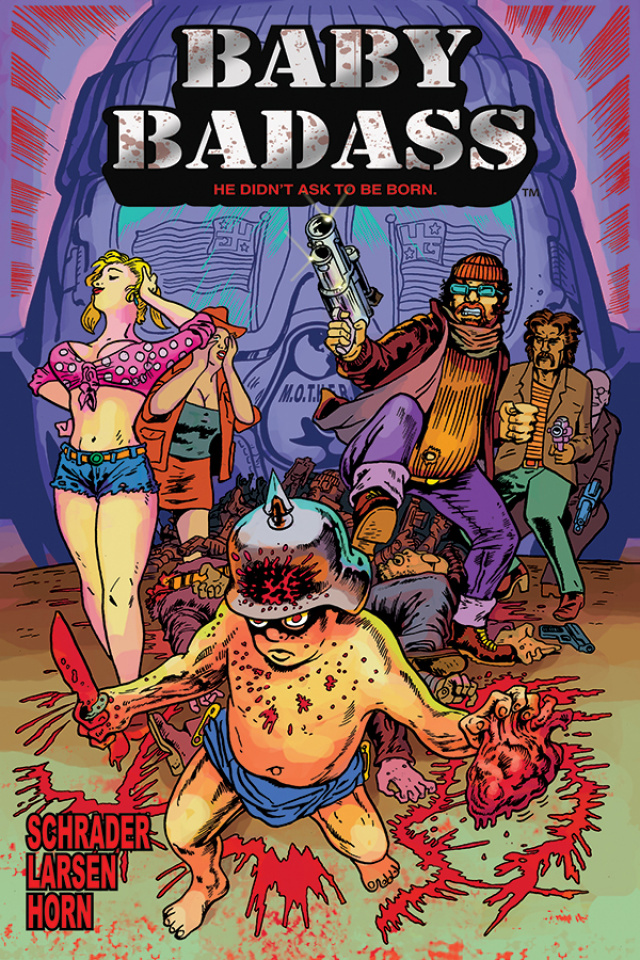 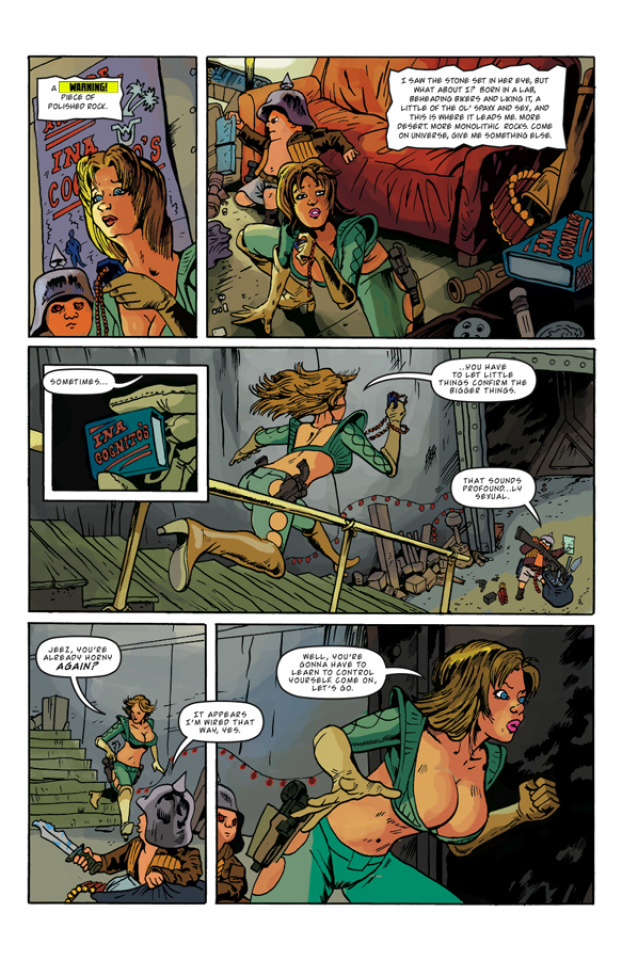 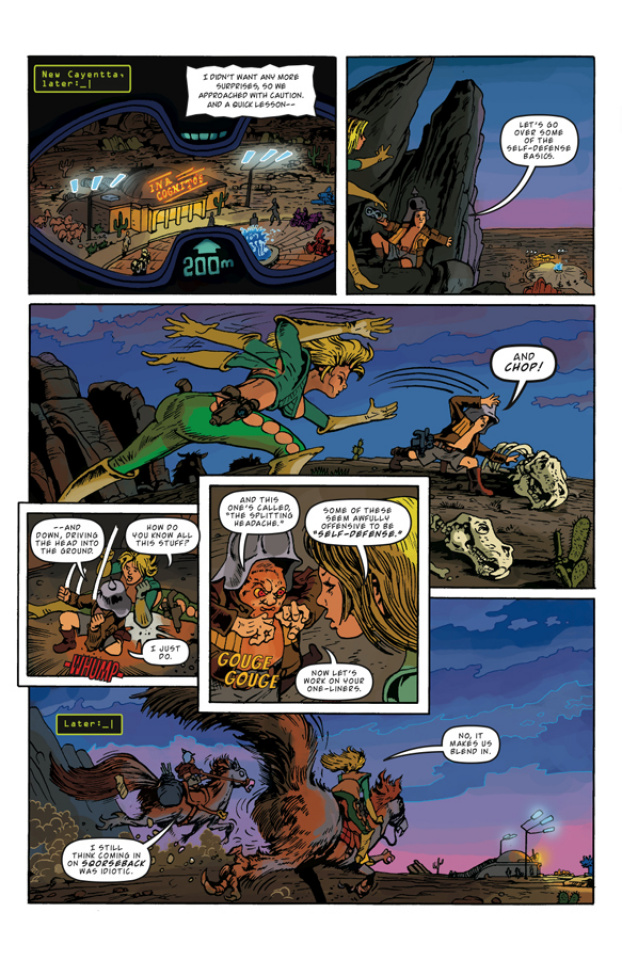 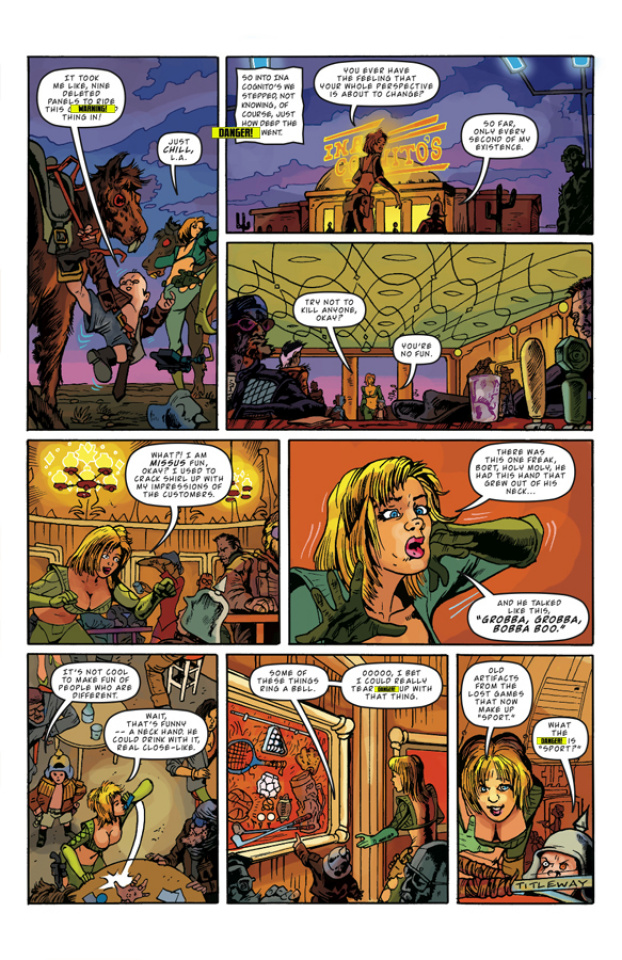 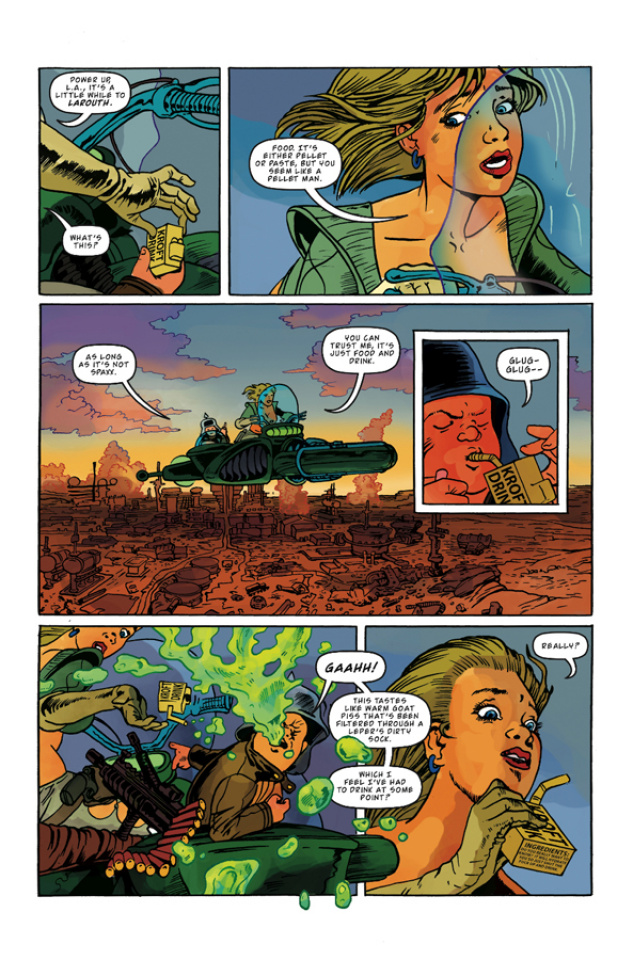 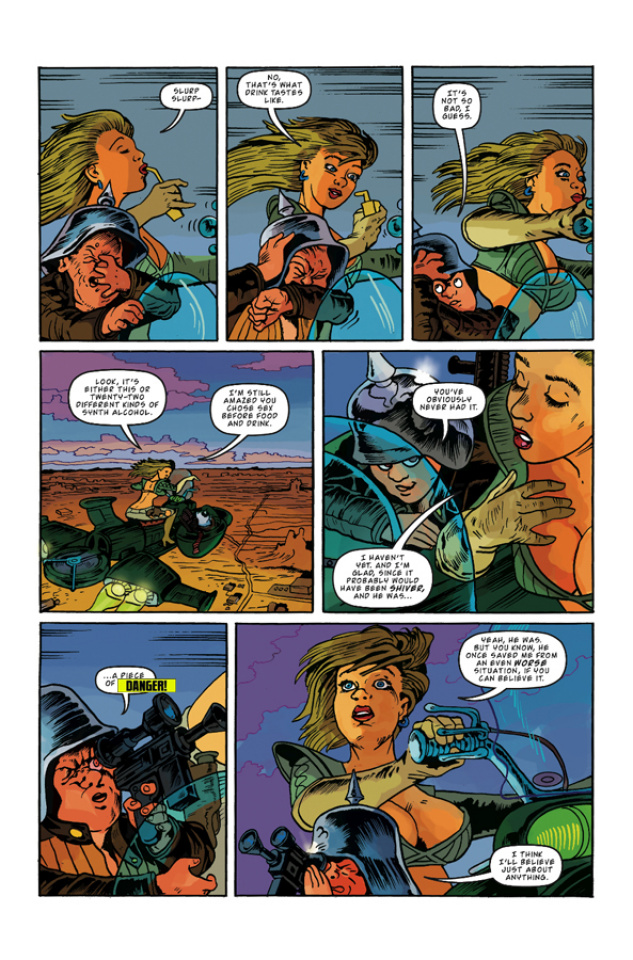 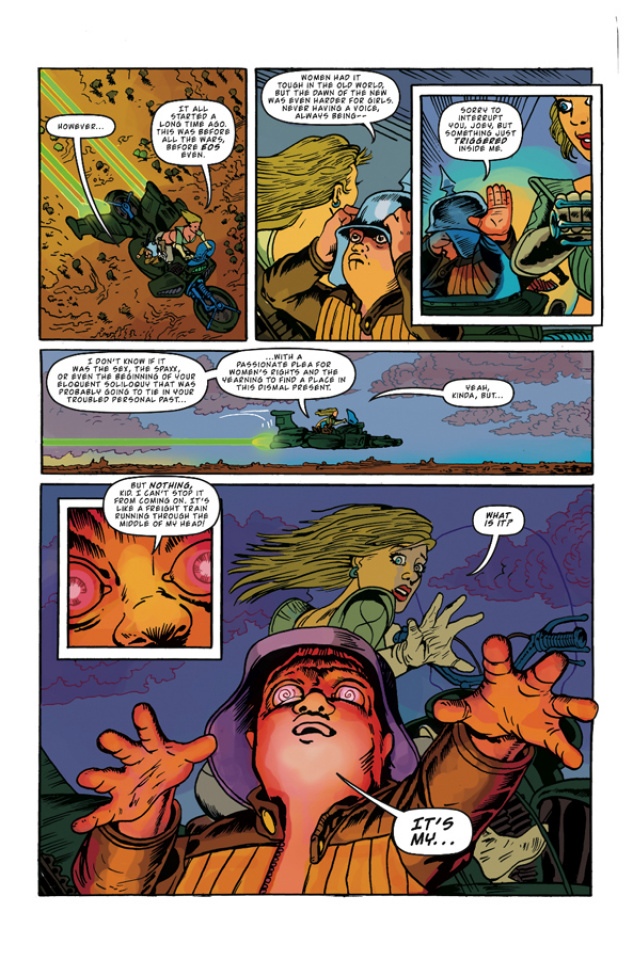 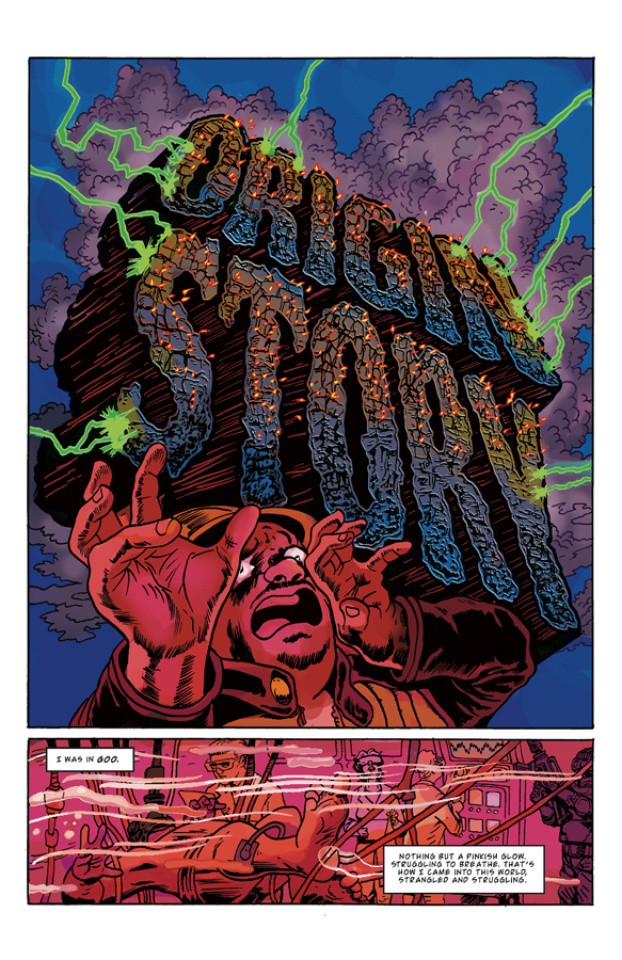 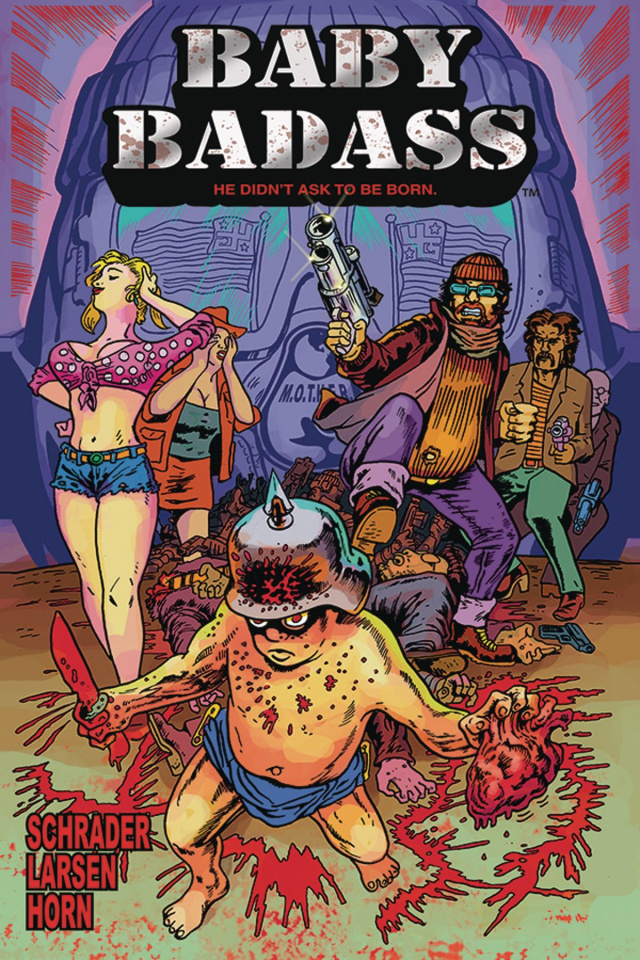