Miraculous: Tales of Ladybug and Cat Noir - Bug Out

Ladybug and Cat Noir must face off against three more of Hawk Moth's akumatized victims. Chloé, after an argument with her hero Ladybug, turns into Antibug, her evil twin with the exact same powers! Then, while Marinette is babysitting Manon, the young girl gets upset and becomes Puppeteer, gaining the ability to control some of Ladybug's former foes, including Lady Wifi, Evillustrator and Rogercop. Finally, Lila, who is humiliated in front of her crush Adrien, becomes the villain of illusions, Volpina. Will the two greatest superheroes in all of Paris be able to stop so many villains at once? Find out in the final volume of season one! 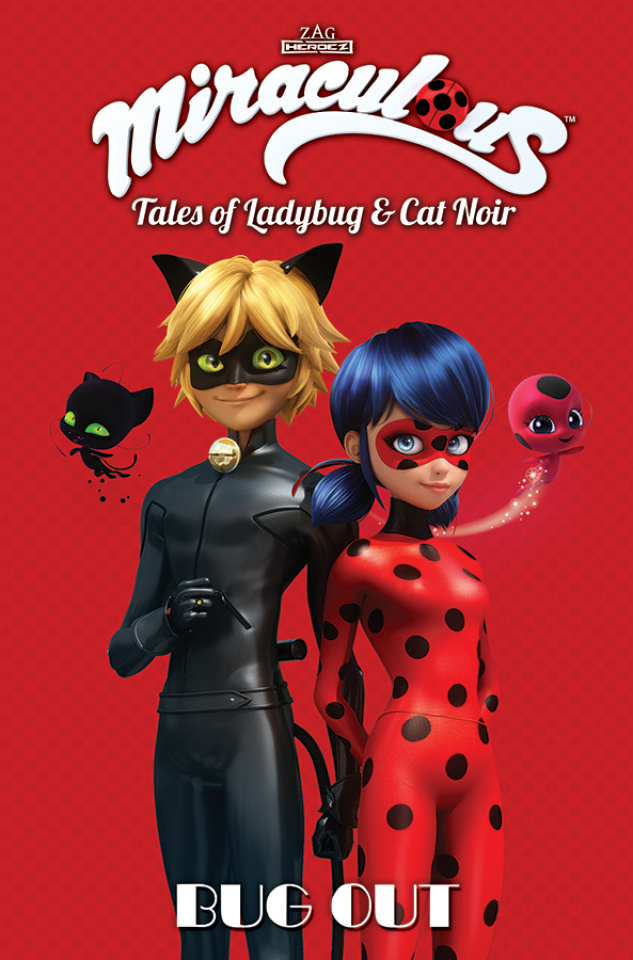 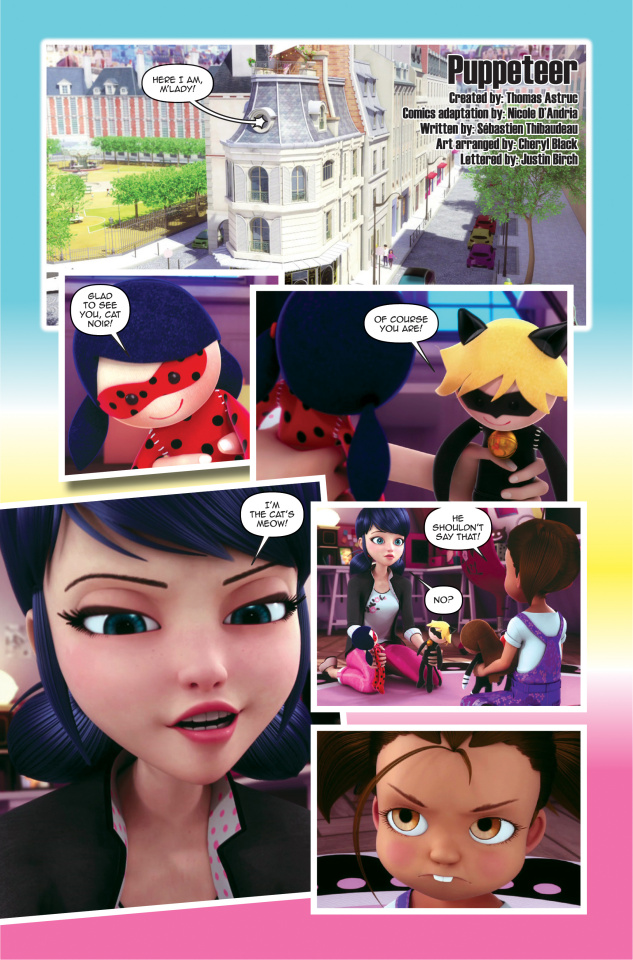 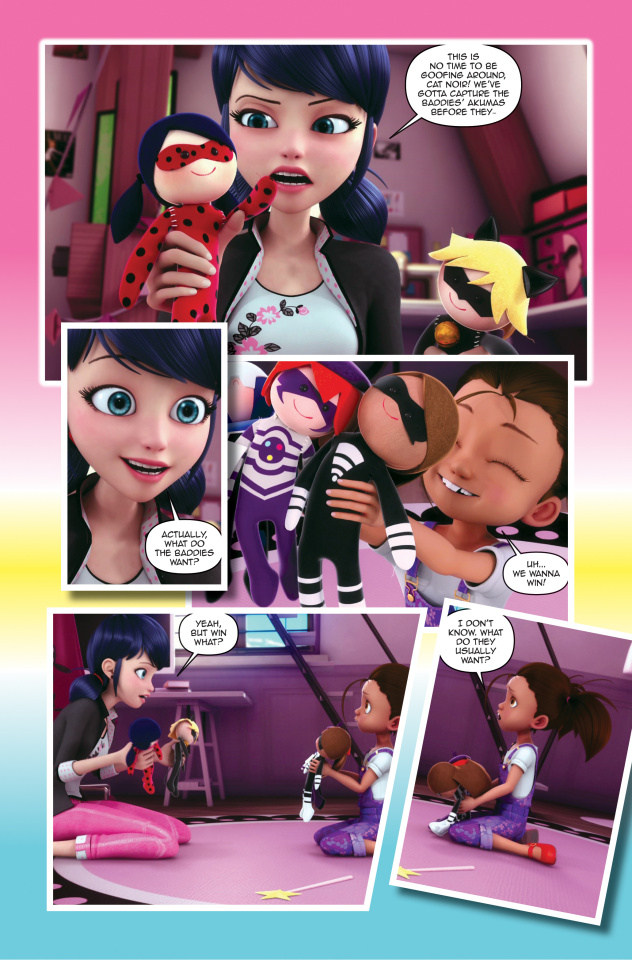 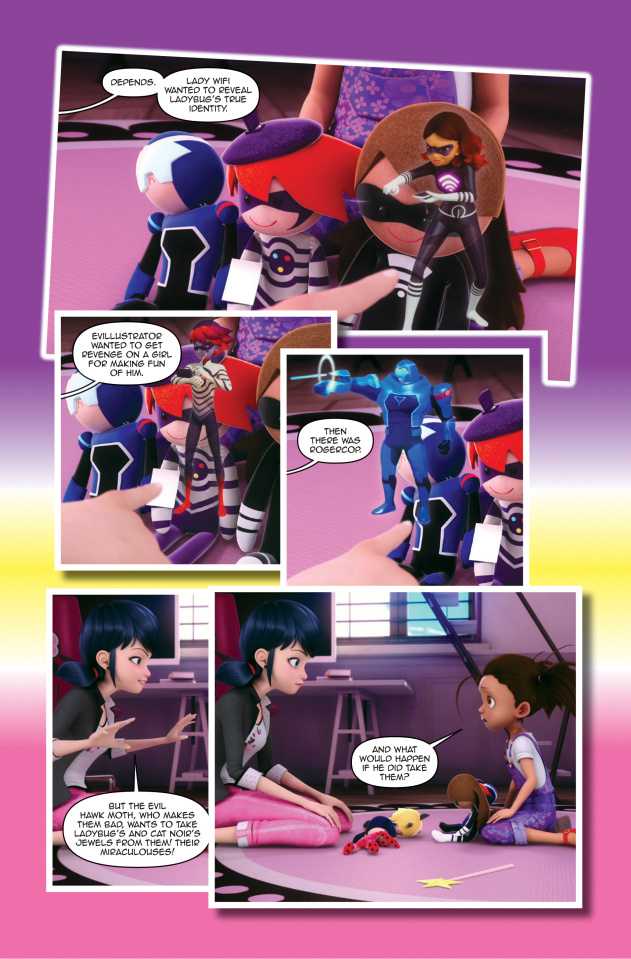 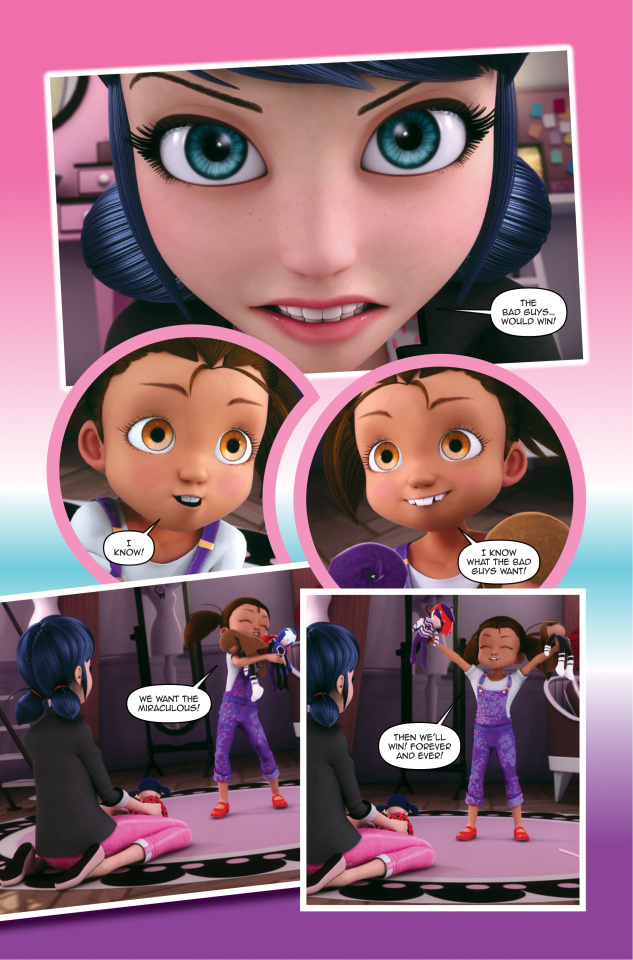 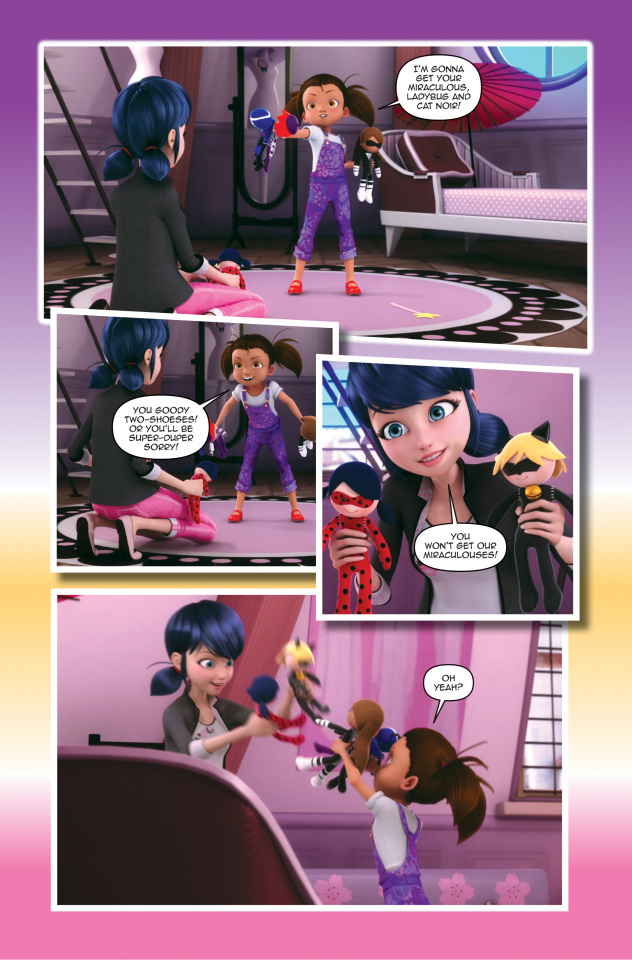 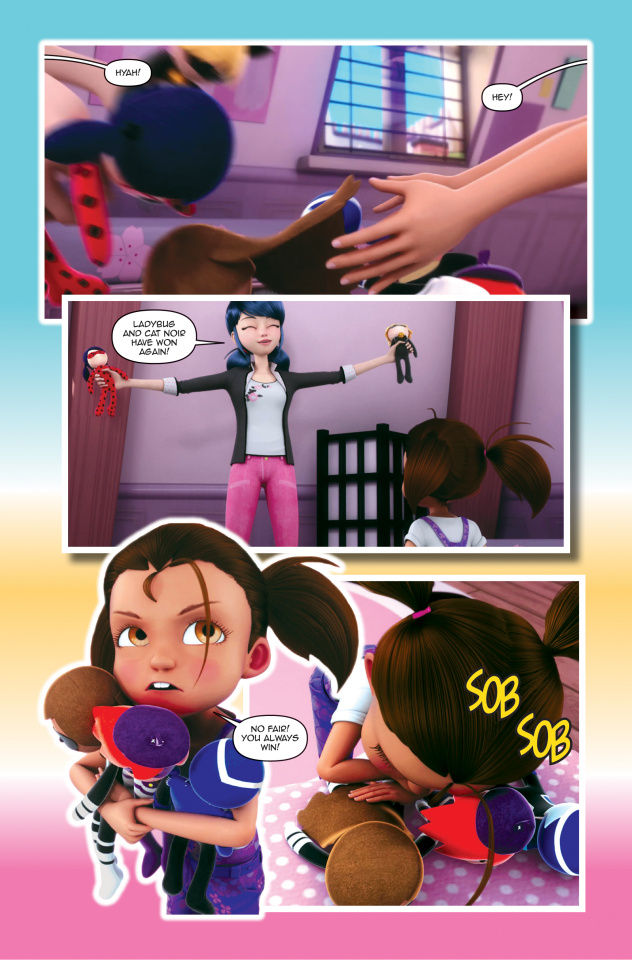 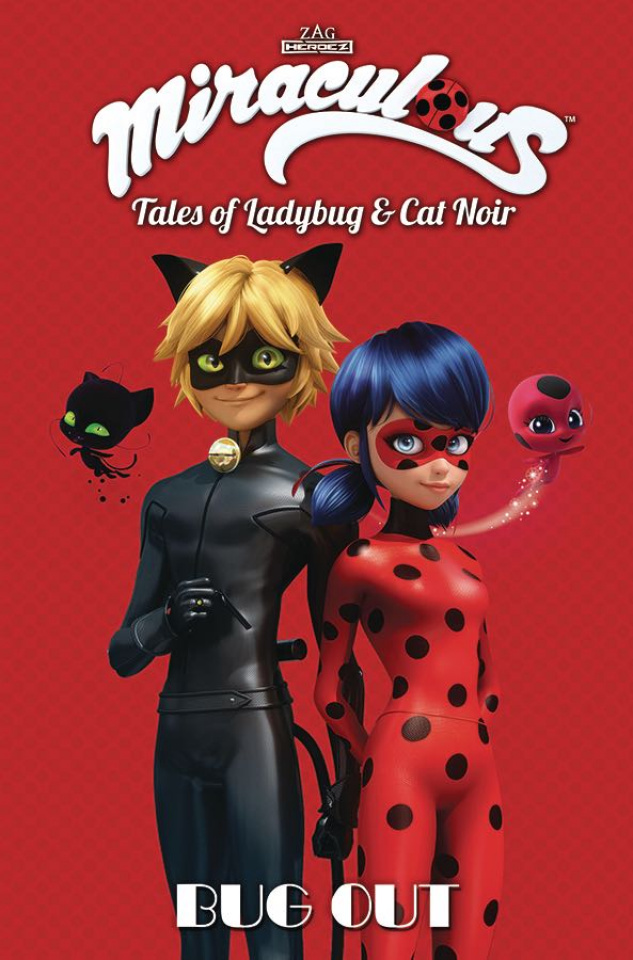