The Mad Titan is on a quest for Death! The Silver Surfer may believe he has killed Thanos, but the terrible truth is that the Mad Titan still lives - and that's bad news for the Marvel Universe, because Thanos' great love has sent him on a space-faring search for the Infinity Gems! Meanwhile, the Surfer tackles a deadly life-form and deals with the madness of Dynamo City! But when Thanos returns from his quest, glove on hand and hell-bent for revenge, do the Surfer, Galactus and Drax the Destroyer stand a chance? And whose side will Mephisto be on? Norrin Radd must face his past as events build to a confrontation that sets the stage for the cosmic epic known as INFINITY GAUNTLET! 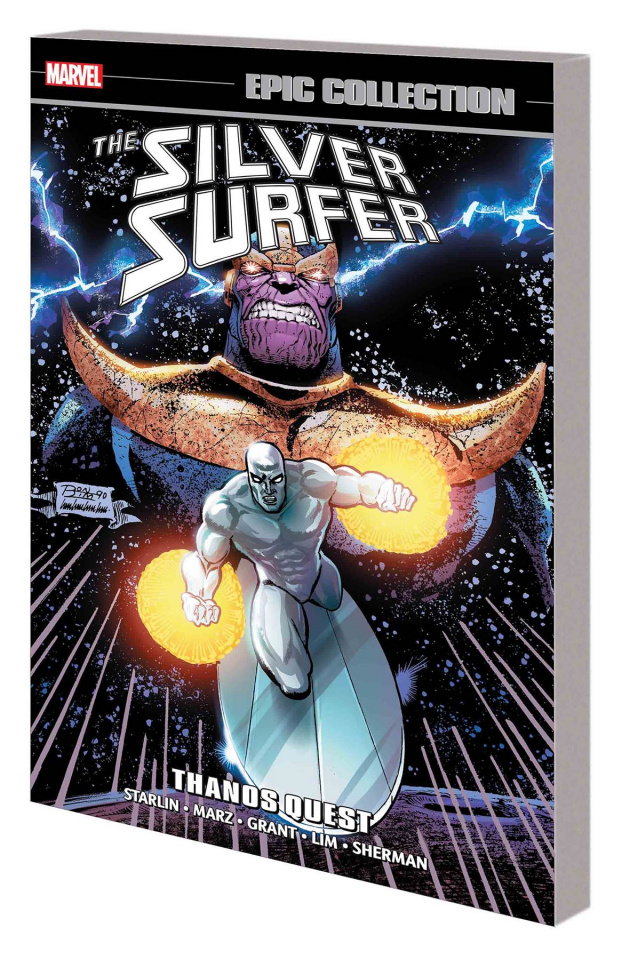