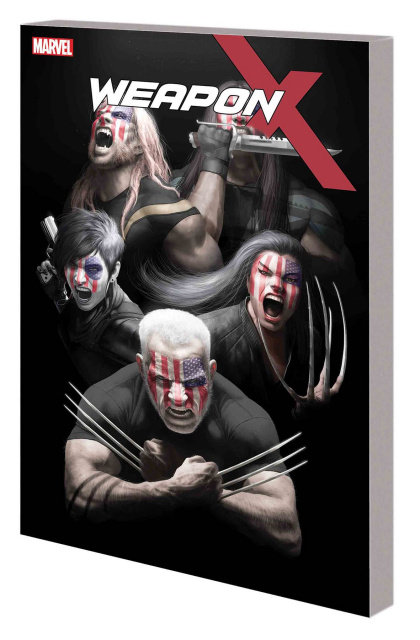 Old Man Logan, Warpath, Domino, Lady Deathstrike and Sabretooth have uncovered a shocking crime! Mutant genocide is being committed in a small third-world country - and now it's up to our savage squad to stop this massacre! But the militia they must take down isn't full of your ordinary run-of-the-mill soldiers. These guys are powered by the same red pills taken by the super soldier known as Nuke! With the lives of an entire nation's mutants at stake, the situation gets explosive as the team takes on a Nuke platoon - and that means fighting fire with fire! If they make it out of that battle in one piece, Old Man Logan and Sabretooth are on a collision course - and their ferocious fight will set up a status-quo shift for the deadliest mutant team of all!