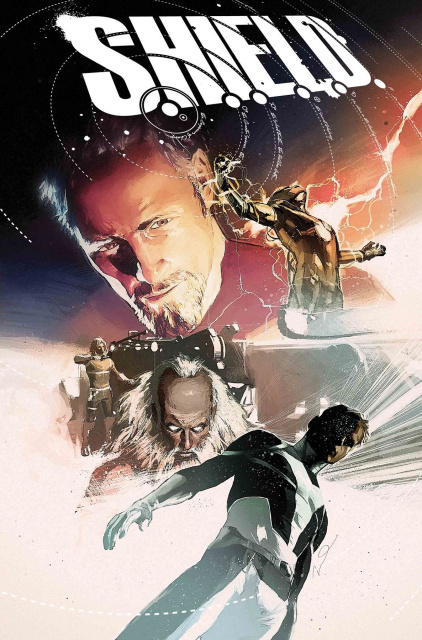 Jonathan Hickman and Dustin Weaver's unfinished epic of 2010-2011 finally gets its conclusion!

The Brotherhood of the Shield is made of the likes of Da Vinci, Stark, Tesla and Richards, but they're in trouble.

Sir Issac Newton stands with his foot on the world's throat and no one can stop him!

The battle that decides our present is waged in the future!