Smurf vs. Smurf and Smurf Soup get the Anthology treatment! While Papa Smurf works in his laboratory, two Smurfs begin arguing about the proper use of the word "Smurf." Smurfs that live in the northern part of the village use it as a verb (as in "bottle Smurfer"), while the southerners use it as a noun (as in "Smurf opener"). Without Papa Smurf around to calm things down, the argument quickly escalates until the northern and southern Smurfs divide themselves along the village lines! Plus, another never-before-seen Johan & Peewit comic, featuring the Smurfs! 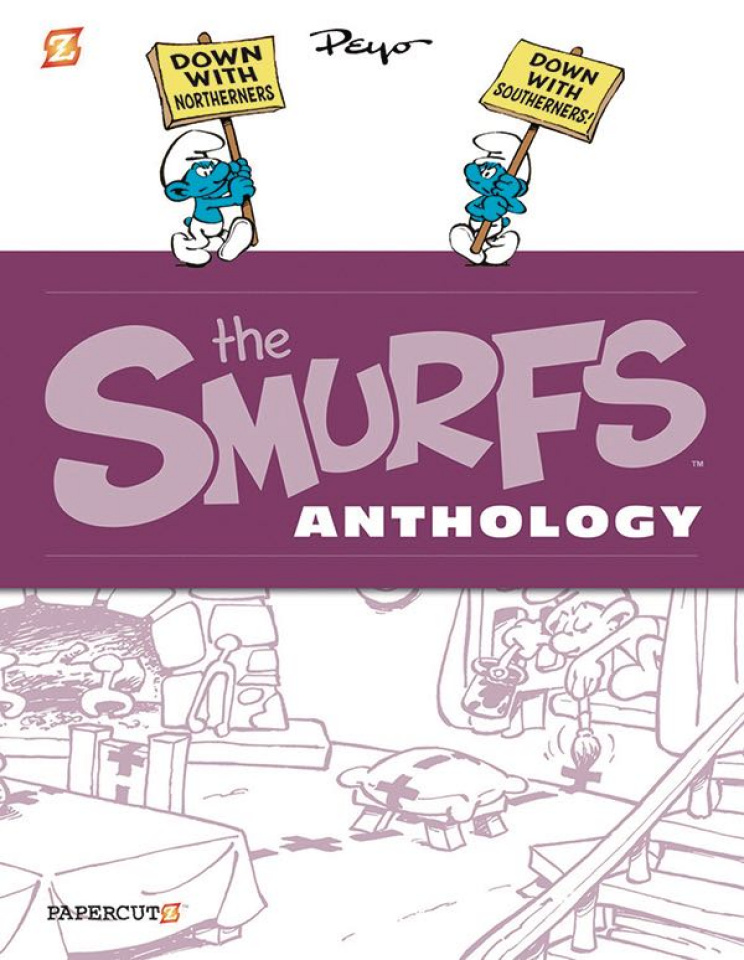