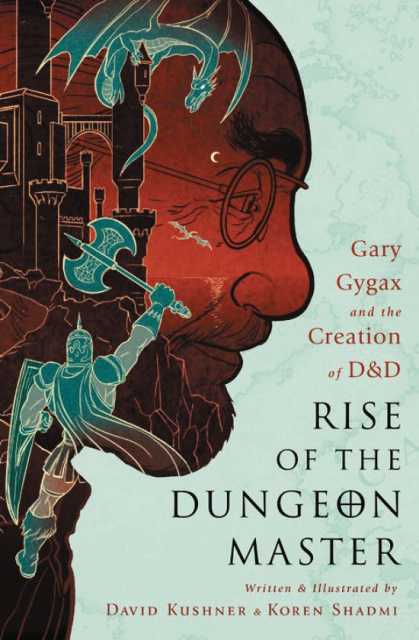 Rise of the Dungeon Master: Gary Gygax and the Creation of D&D

Rise of the Dungeon Master tells, in graphic form, the story of Gary Gygax, co-creator of Dungeons & Dragons, one of the most influential games ever made. Like the game itself, the narrative casts the reader into the adventure from a first person point of view, taking on the roles of the different characters in the story. Gygax, an imaginative misfit, escaped into a virtual world based on science fiction novels, military history and strategic games like chess. In the mid-1970s, he co-created the wildly popular Dungeons & Dragons game, determining the rules and inventing the signature 20-sided dice. Starting out in the basement of his home, he was soon struggling to keep up with the demand. Before long, D&D conventions were set up around the country and the game inspired everything from movies to the first video games. With D&D, Gygax created the kind of role playing fantasy that would fuel the multibillion dollar video game industry, and become a foundation of contemporary geek culture.