School's back in session at Gladstone's School for World Conquerors, but everyone's favorite supervillains-in-training have more to worry about than making the dishonor role. Eager to avenge their parents, Kid Nefarious, Mummy Girl, Martian Jones, Ghost Girl and the Skull Brothers took out the Red Stormbreaker... only to learn that he was the only one who could stop Shiran, a cosmic destroyer who's set to eat the sun in just a few weeks. Will they be able to make it out in one piece, or will the Skull Brothers kick the hornet's nest with them in it? 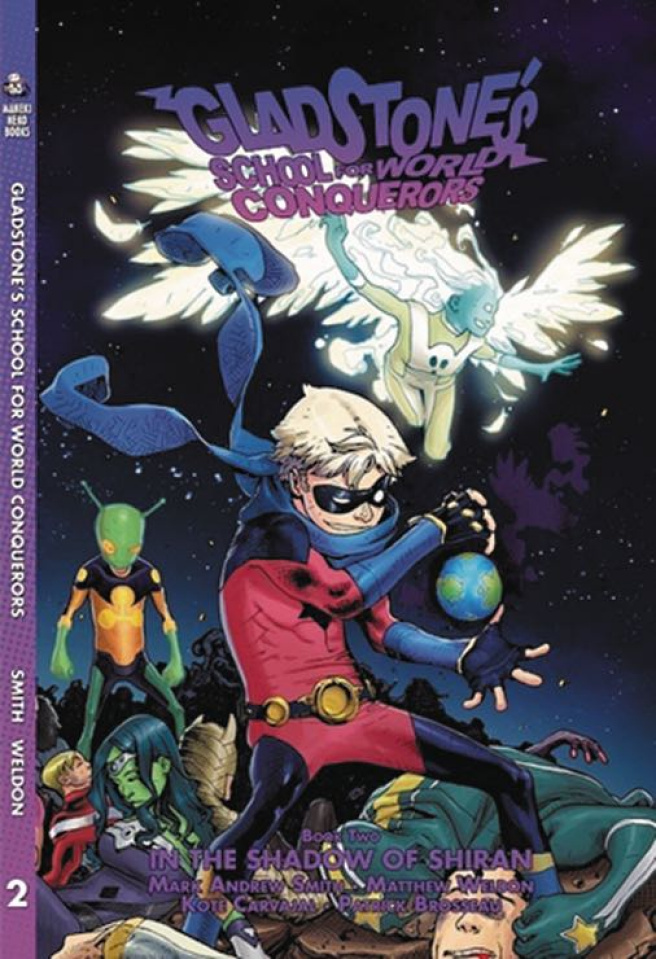