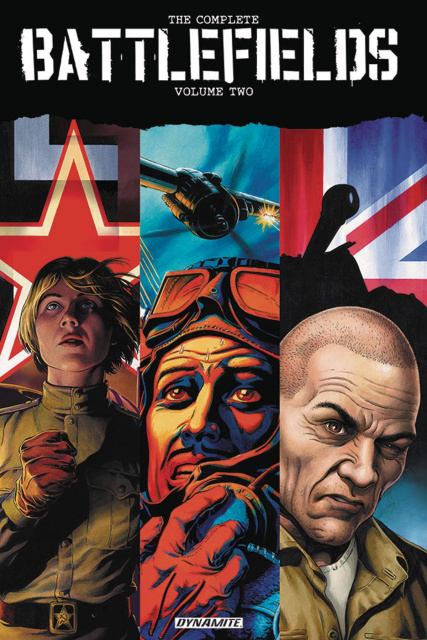 "Happy Valley": Young Australian Ken Harding arrives at his first operational squadron, keen to play his part in the aerial attack on Germany as the commander of a bomber crew. Losses have been high and life expectancy is low, but Ken remains undaunted - until he meets his crew, a foulmouthed, battle-hardened bunch with no time for new boys who can't stand the pace. Together, they must take the war to the enemy over the most heavily-defended region of the Third Reich - the industrial heartland of the Ruhr, known to the men who face the flak and night-fighters as Happy Valley.

"The Firefly & His Majesty": The Tankies' Sergeant Stiles returns, recently promoted and angrier than ever! He's got a new crew and a new tank - a Sherman Firefly with a high-velocity gun capable of taking out even the fearsome German Tiger. Too bad the enemy have a new tank of their own - the mighty King Tiger, with twice the armor and firepower of the original!

"Motherland": Lieutenant Anna Kharkova is posted to single-seat fighter aircraft and sent straight into action. Hardened and embittered by the loss of her comrades, Anna is only too keen to get her teeth into the enemy - but with Russian and German armies about to collide in the titanic battle of Kursk, her first flight with her new squadron may well be her last!