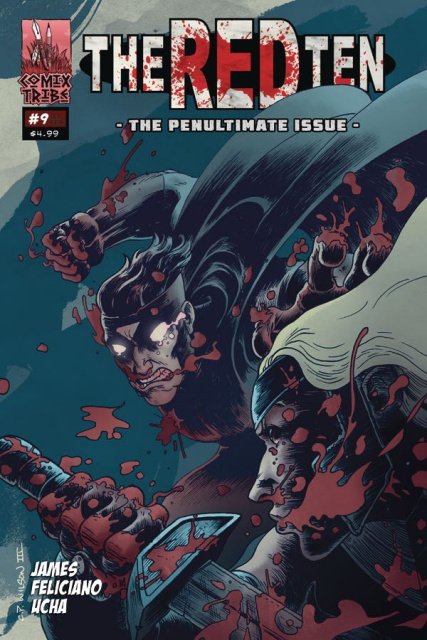 And then there were two... It's the penultimate issue of the superhero murder mystery critics call Justice League meets Clue! The two most powerful beings on the planet battle to the death. Secrets will be revealed, hearts and skin will be broken, and there will be blood. Lots of it. Also includes a sneak peek at Sink, an upcoming ComixTribe thriller.