Following the controversial election of an enigmatic dictator, the United States was plunged into a Second Civil War, in the aftermath of which only Kentucky refused to acknowledge the fascist state's sovereignty. Now a demilitarized zone located in the heart of America, it will take the combined forces of civilians and criminals to overthrow the occupation. In leading this rebellion, former mechanic and reluctant folk hero Kade Mercer will become the first feudal warlord of Appalachia. Written by Phillip Kennedy Johnson (Last Sons of America) and illustrated by breakout talent Jonas Scharf, Warlords of Appalachia is a grounded military epic with flourishes of sci-fi futurism that explores the lengths one man will go to protect his family in the face of oppression. 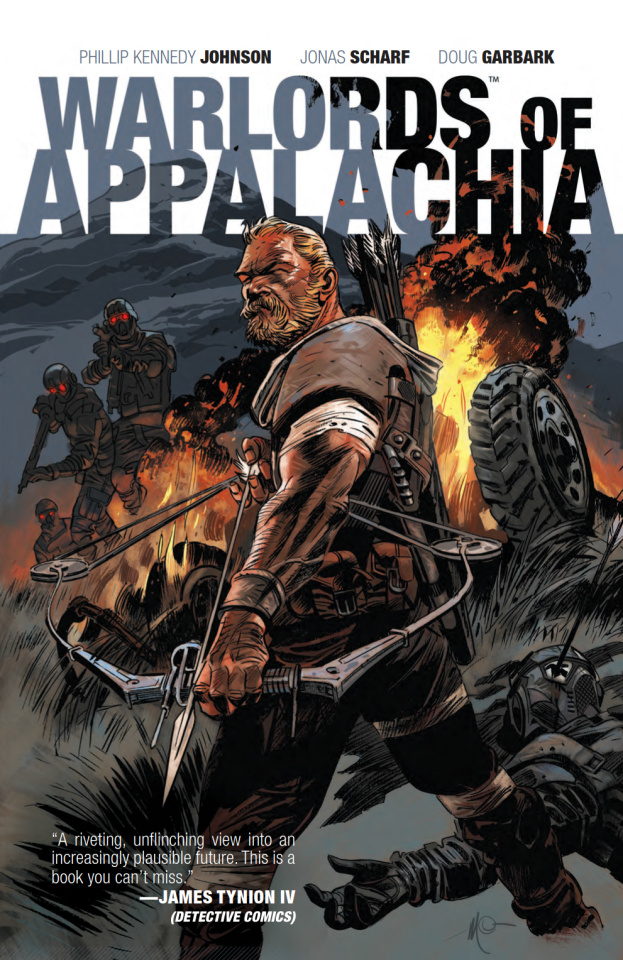 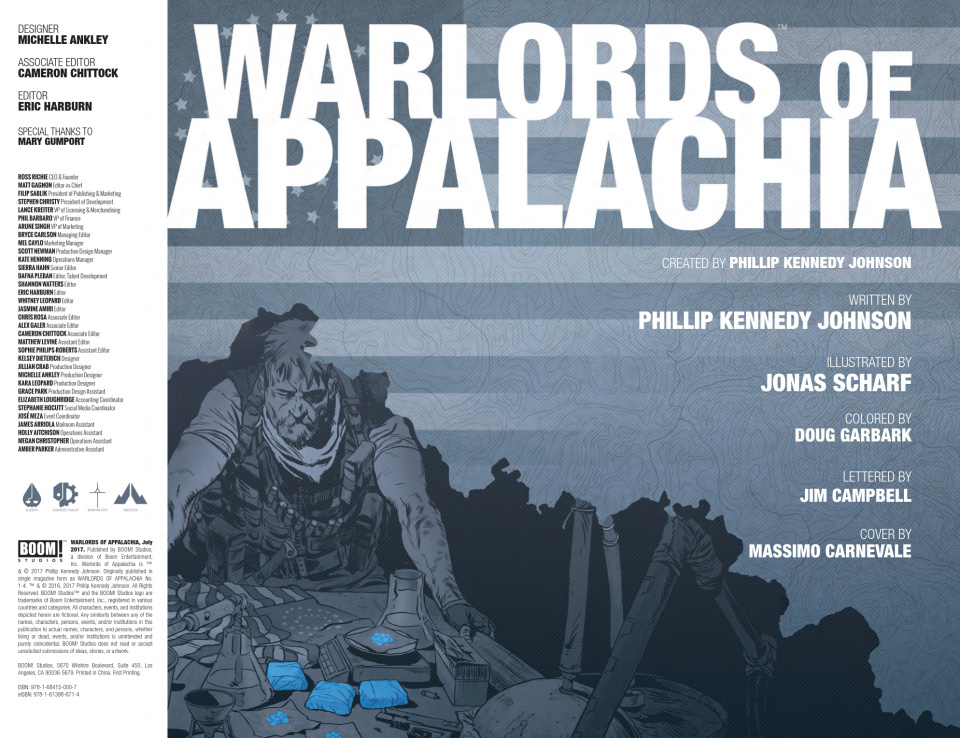 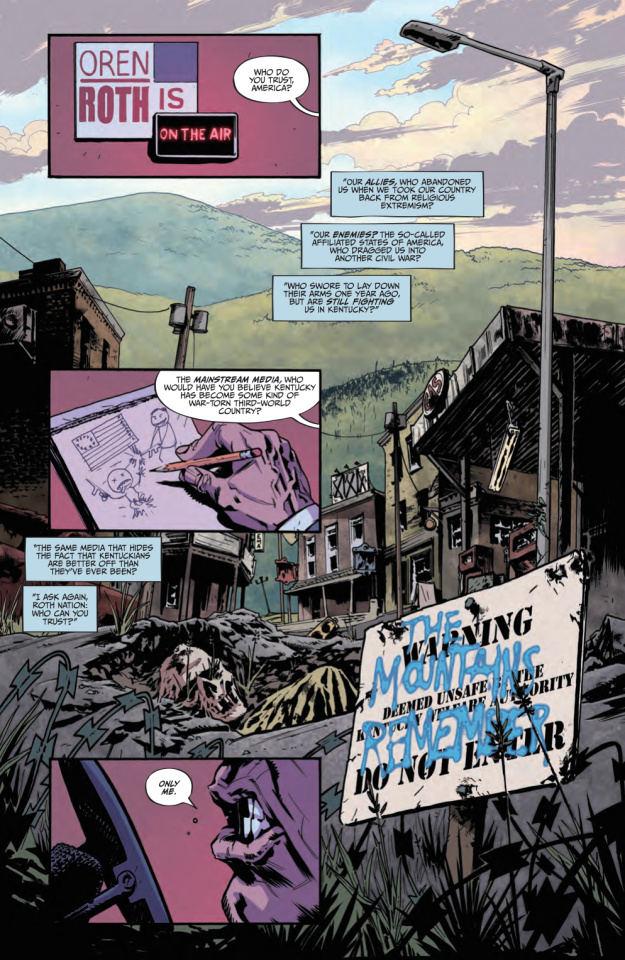 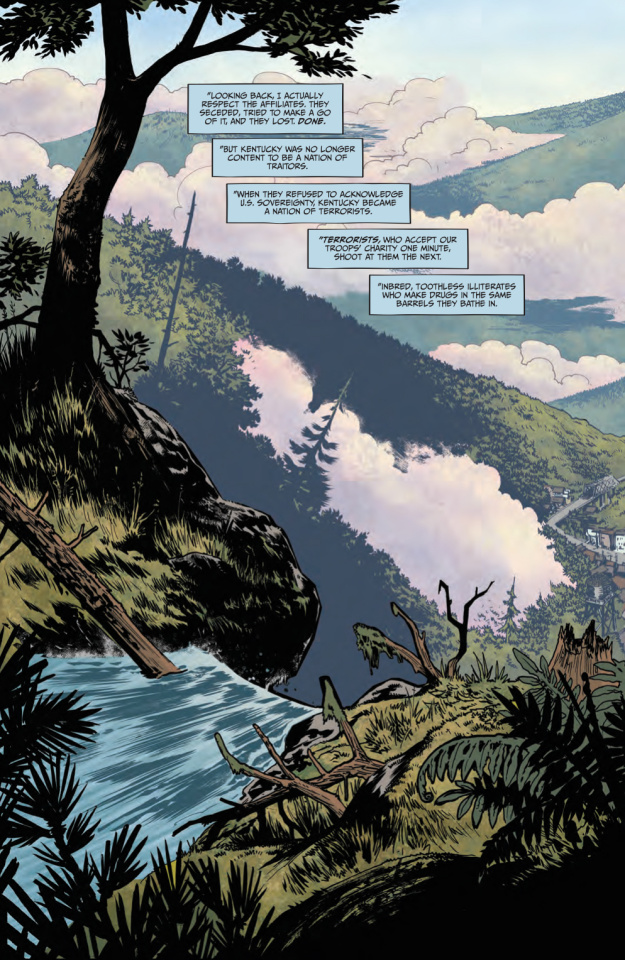 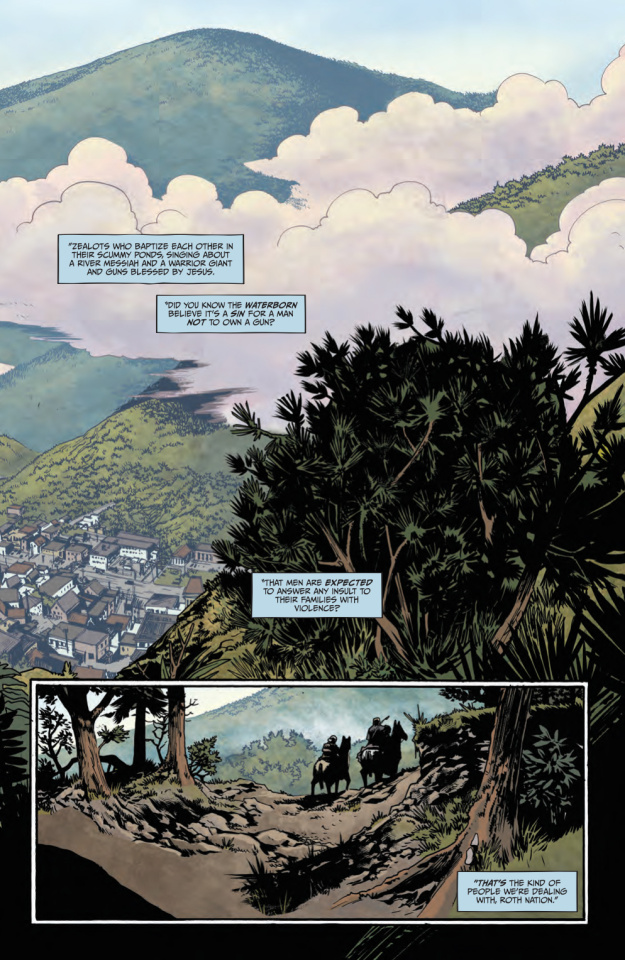 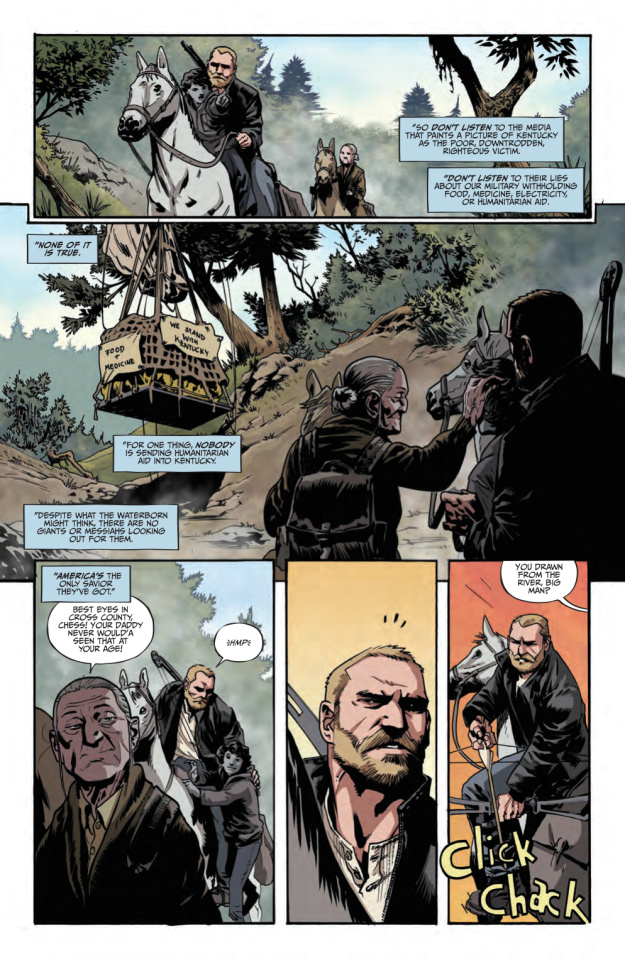 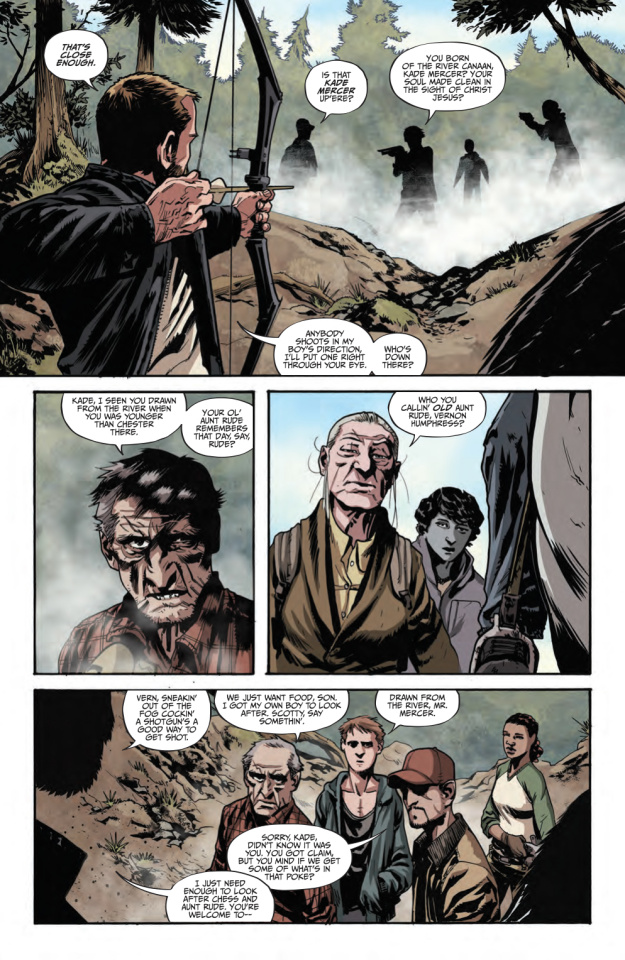 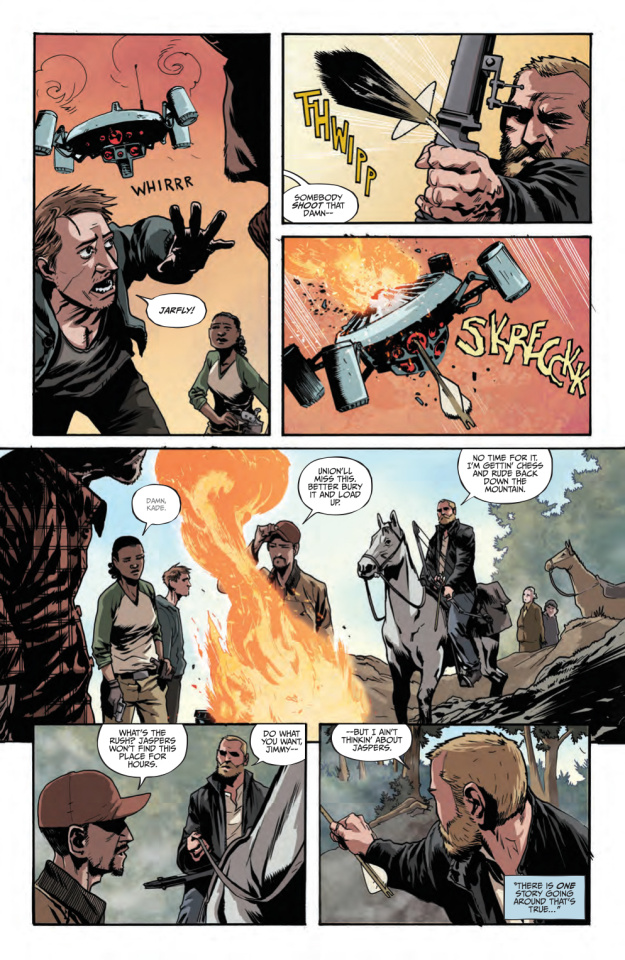 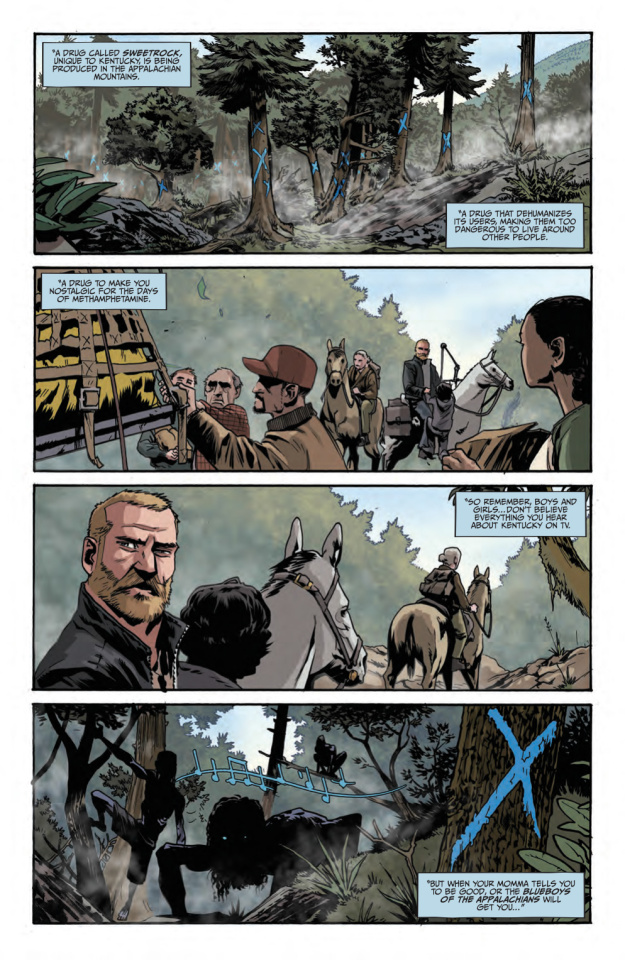 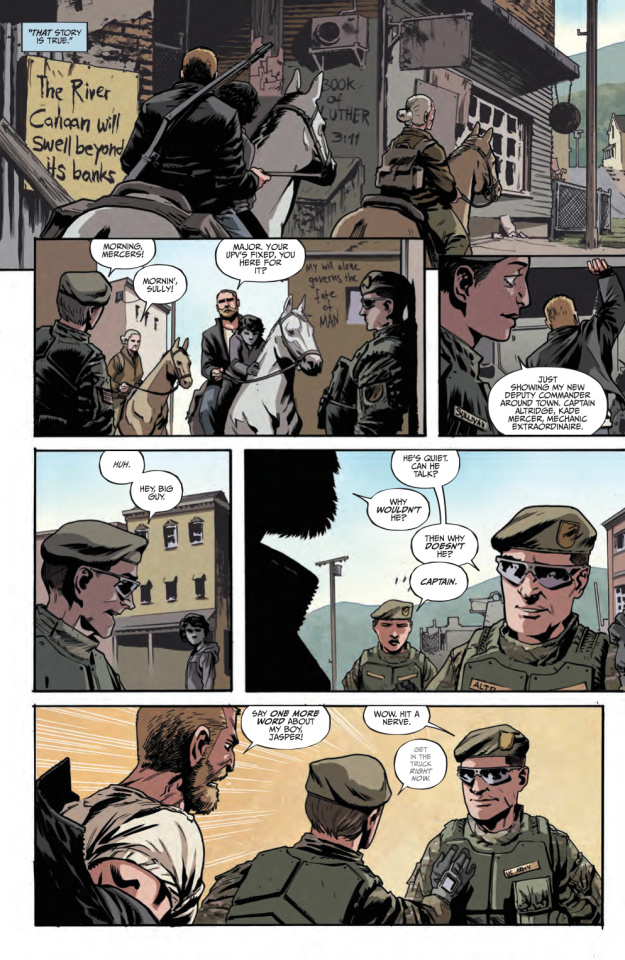 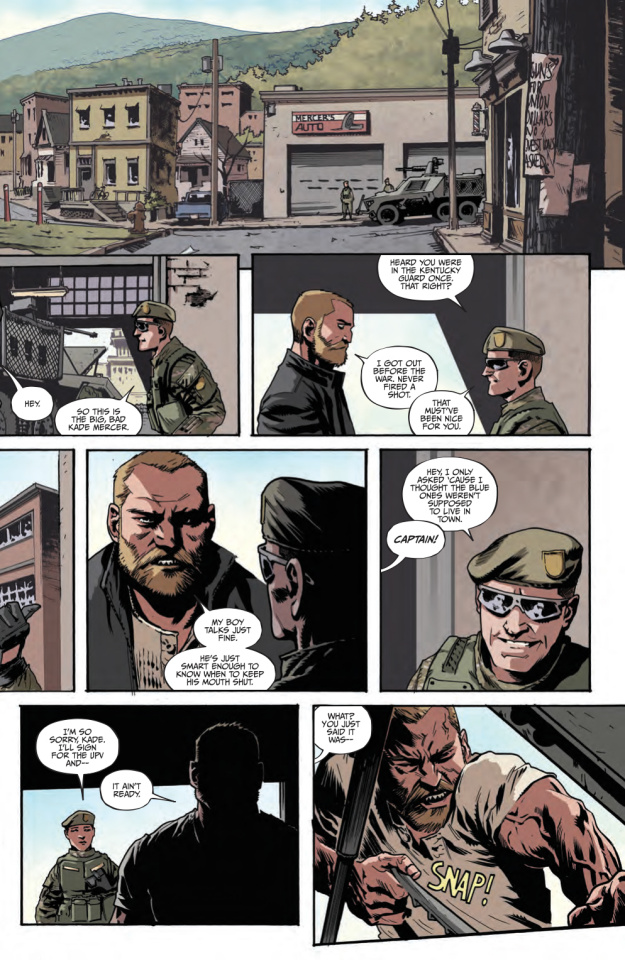 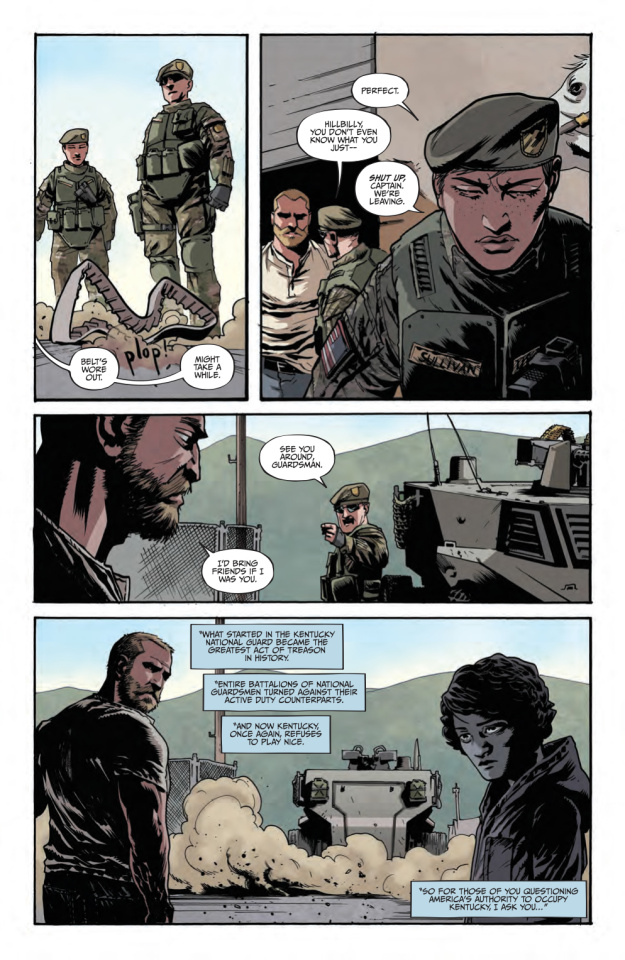 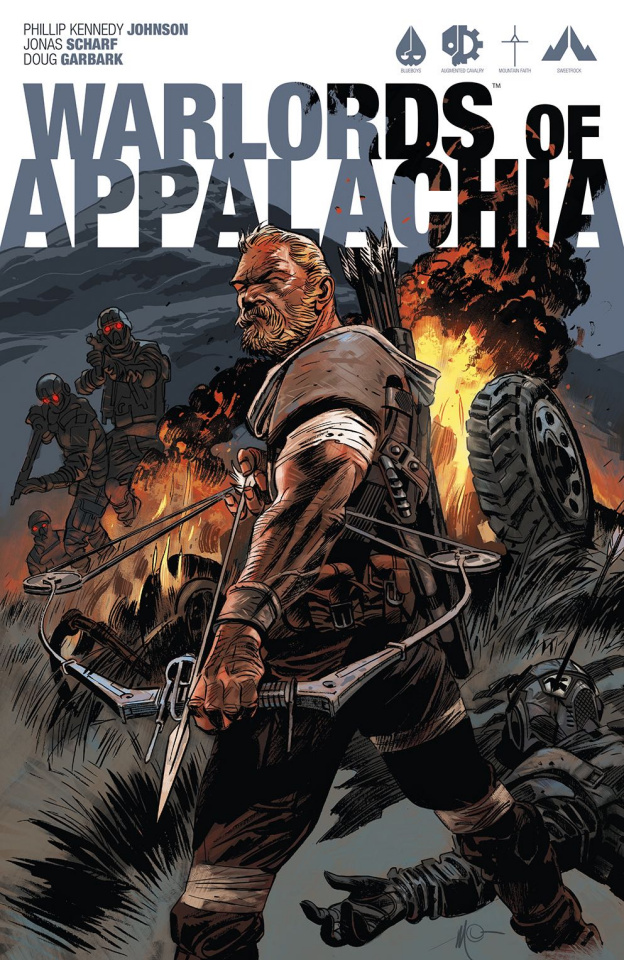