Solo Vol. 1: The One Man War On Terror

Solo goes solo! That's right - Merc for Money James Bourne is out on his own, right where he belongs! And the "One Man War on Terror" will get the job done! Deadly alien weapons are making their way into the hands of ordinary thugs - and Solo heads undercover to locate the source. But when things start to heat up, he might wish he had some backup! Alone in the heart of a dangerous biker gang, Solo had better watch out, because someone might already be onto his secret! As a trail of dead bodies all point to him, Solo must find the weapons supplier quickly, before his cover is blown. And when everything hits the fan, it's S.H.I.E.L.D. vs. Egghead! Deadpool was just the beginning. You haven't seen anything until you've gotten to know Solo! Collecting SOLO (2016) #1-5. 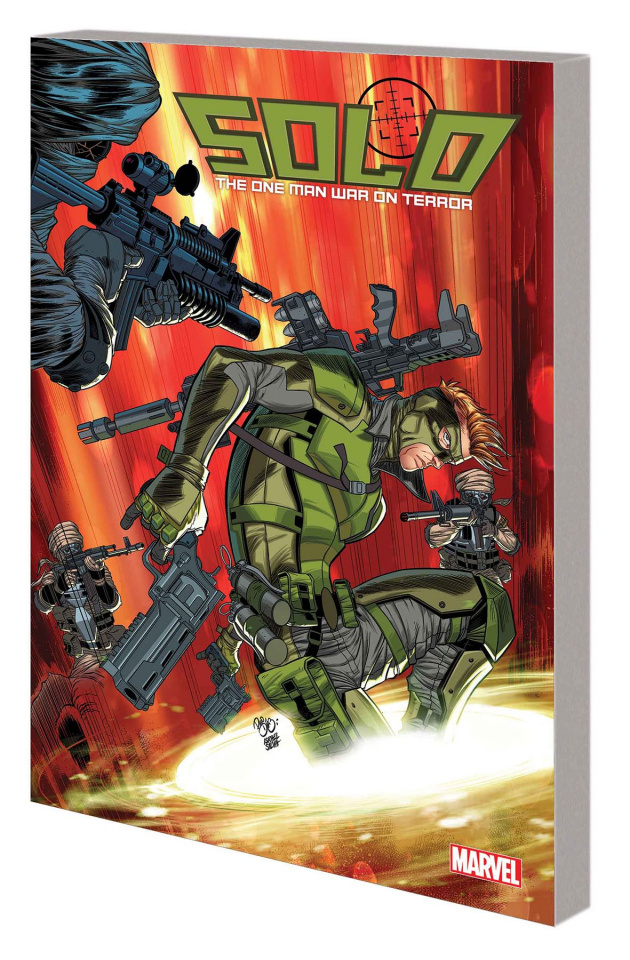