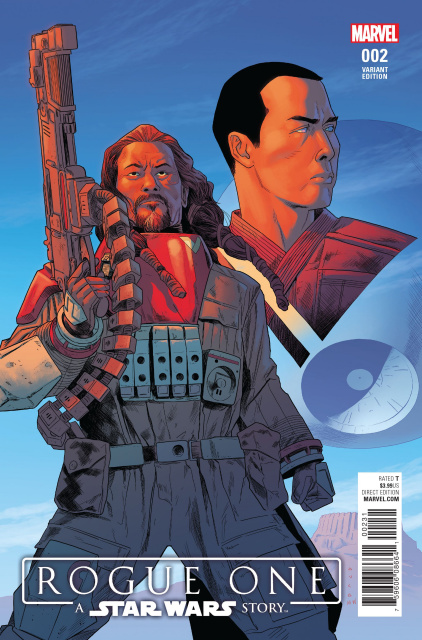 Following the trail to the ancient Jedha City to find Rebel extremist Saw Guerra, Jyn and Cassian get caught in a firefight with the Empire...

...only to then be taken prisoner by Saw's followers!