This is it! The Original Ghostbusters finally come face to face with those who Answer The Call! Inter-dimensional travel is no new thing to the original boys in grey and their colleagues, but this is the first time that dimensions have ever overlapped and threatened to merge -- which could be a worse fate than total protonic reversal!

Featuring the third of six-interconnected covers by Schoening and Delgado. 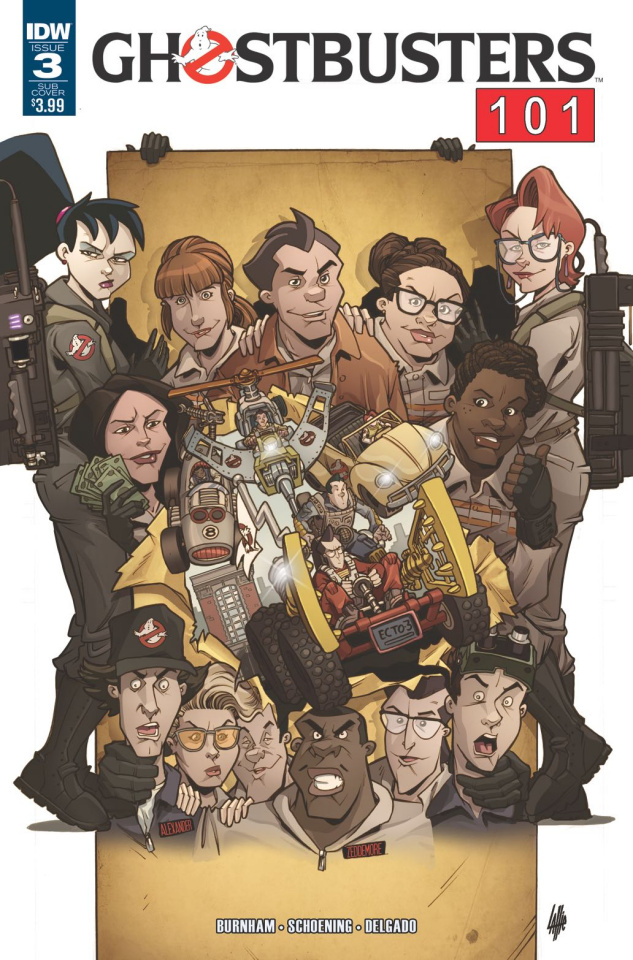