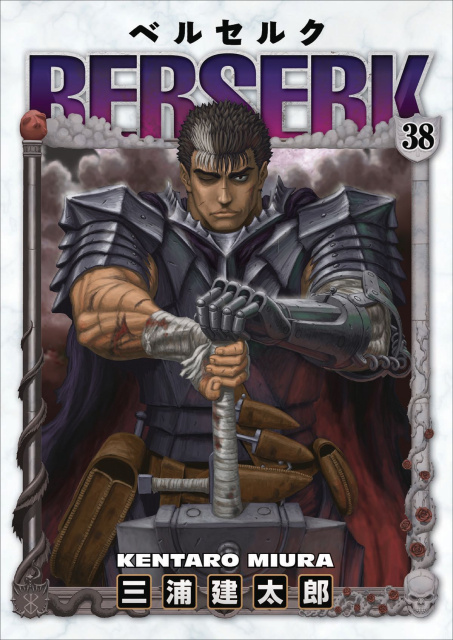 Guts and company reach the isle of Skellig in hopes that elven magic can cure the afflicted Casca. Meanwhile, Guts's Band of the Hawk comrade Rickert journeys to Falconia, the seat of power for Griffith, the Hawks' former commander. But the glittering towers of Falconia cast deadly shadows!

o One of the most popular long-running adult manga series ever published.