Much Ado About Shakespeare

There's never been a period when Shakespeare was out of fashion. In his lifetime he was incredibly successful, and soon after his death his works were published to the world. Within these pages you'll find a new interpretation of Shakespeare's stages, a play on words, which sheds light on the colorful and exuberant world of Shakespeare's life and times. You won't find the sainted genius, solemn with quill and ink-stained hand. Never the snooty artist, locked away from the world, Shakespeare was in the thick of it. Much Ado About Shakespeare brings you the highs and lows, the tongue in cheek, the truth and imagination, the fantastical world of William Shakespeare in his own words and through the magnificent art of Donovan Bixley. 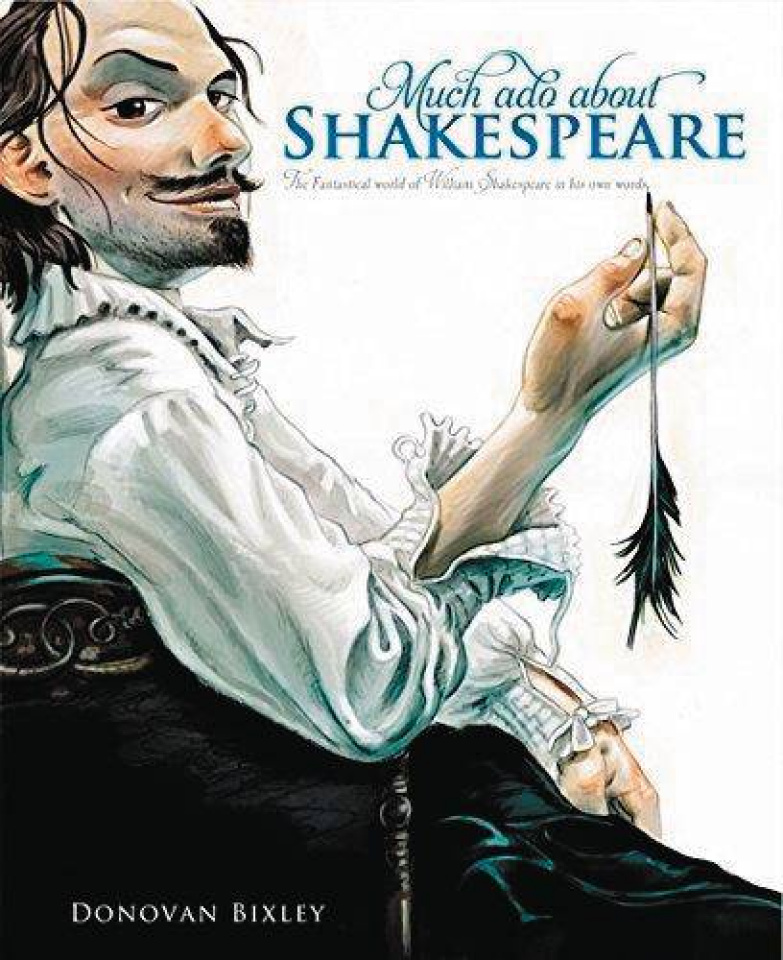