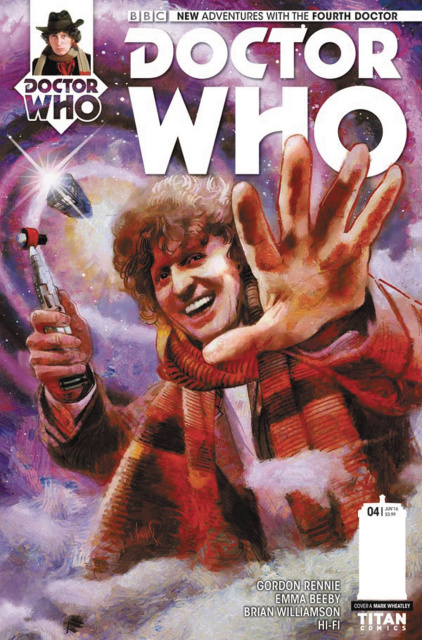 Doctor Who: New Adventures with the Fourth Doctor #4 (Wheatley Cover)

The penultimate chapter of "Gaze of the Medusa"!

Sarah Jane and Professor Odysseus are trapped in the ancient past, while the Doctor and the Professor's daughter, Athena, attempt to steal the Lamp of Chronos from Lady Emily Carstairs and her giant Scryclopes! And looming large over both time zones, the Medusa itself!