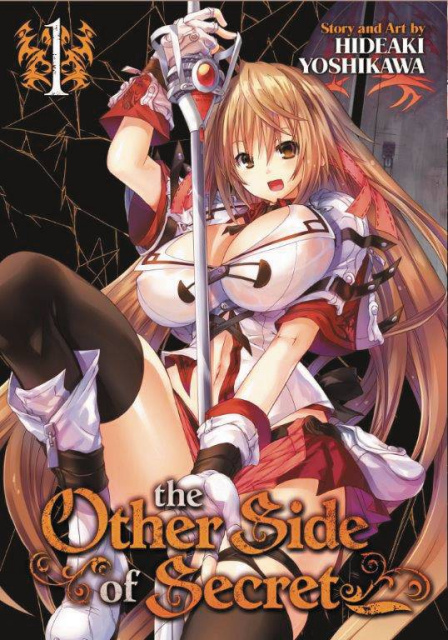 The Other Side of Secret Vol. 1

The Other Side of Secret is an ongoing fantasy series that follows a young man hoping to save his sister and atone for his mistakes after crossing over into a strange fantasy world of magic and monsters. Yuto has been plagued by the disappearance of his sister after he witnessed her vanish through a strange portal. Years later, he sees two girls emerge from the same magical doorway. Not about to let this chance to find his sister pass him by, Yuto follows them back through it and is transported to a strange and dangerous world. There Yuto finds his sister but at a price. A terrible mistake costs the lives of many of that world's inhabitants, and Yuto is to blame. Can Yuto atone for what he's done and bring his sister back home with him?