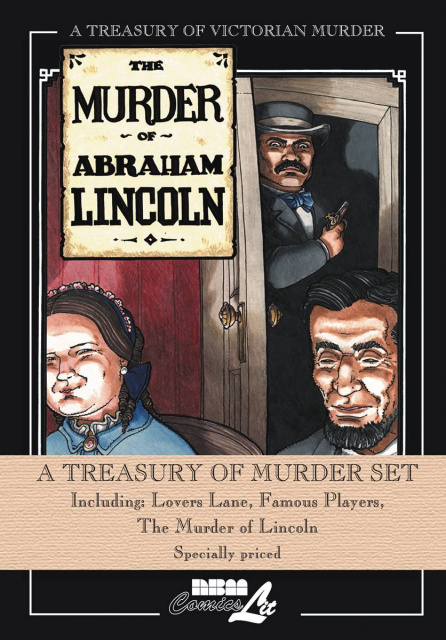 A Treasury of Victorian Murder

This specially priced banded set of hardcovers provides an engrossing, illustrated journey into true crime classics of the late Victorian era and early 20th Century, including three works in Rick Geary's increasingly storied treasury of murder - Famous Players, about the murder of a prominent silent movie director and resulting scandal in early Hollywood; Lovers Lane, the shady date spot where the corpses of a Reverend and a respected townswoman were found holding hands; and one of the most famous assassinations in American history: the murder of Abraham Lincoln. These carefully researched presentations of true crime stories, including bibliographies of research sources, present true facts about famous murders in an entertaining fashion.