Tullus: Adventures of a Christian Boy in Roman Times

Originally published in the pages of What to Do, Boys' World, and Girls' Companion, beginning in 1943, the Tullus comic strip was about a young Roman Christian in the first century CE. Tullus, a Christian in Roman times, is trying to help his friends recover a treasure. The treasure has been stolen by the wolf clan, led by a mysterious figure named Gold Wolf. Tullus and his friends are captured and enslaved by the wolf clan, but Tullus, thanks to his Christian faith, earns the respect of his captors. Gold Wolf falls in love with Julia, the daughter of the man to whom the treasure originally belonged.

Will Tullus win the freedom for himself and his friends? 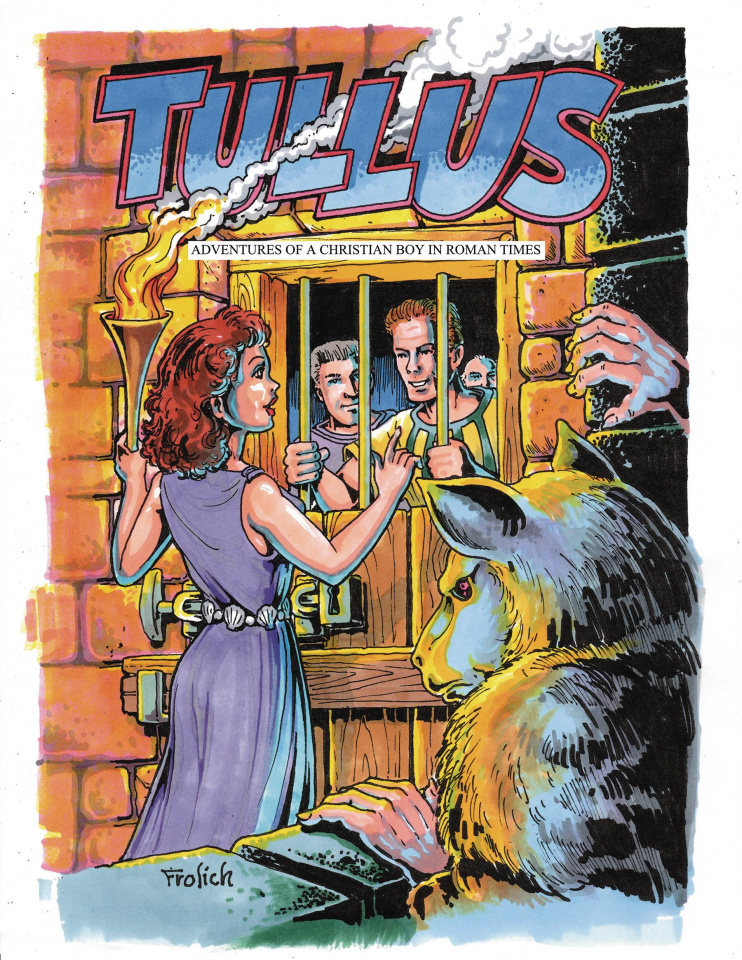