From acclaimed writer Ivan Brandon (Drifter, Viking), this four-issue comic book series features a new stand-alone story set within the action-packed military sci-fi world of Marko Kloos's bestselling Frontlines novels. When Earth is in the crosshairs, there's only one thing standing between survival and destruction: duty. Colonel Soraya Yamin, commander of the Phalanx, a battle-ravaged space control cruiser, engages the "Lankies" in an apocalyptic assault over Mars. The Lankies, a merciless alien species that outguns, outmaneuvers, and outfights humanity at every turn, have been menacing Earth's colonies. But now they're suddenly in our Solar System, decimating the NACS fleet and swarming toward Earth itself. Facing insurmountable odds, Soraya must make a fateful choice between her sworn duty and the loved ones she desperately wants to protect. 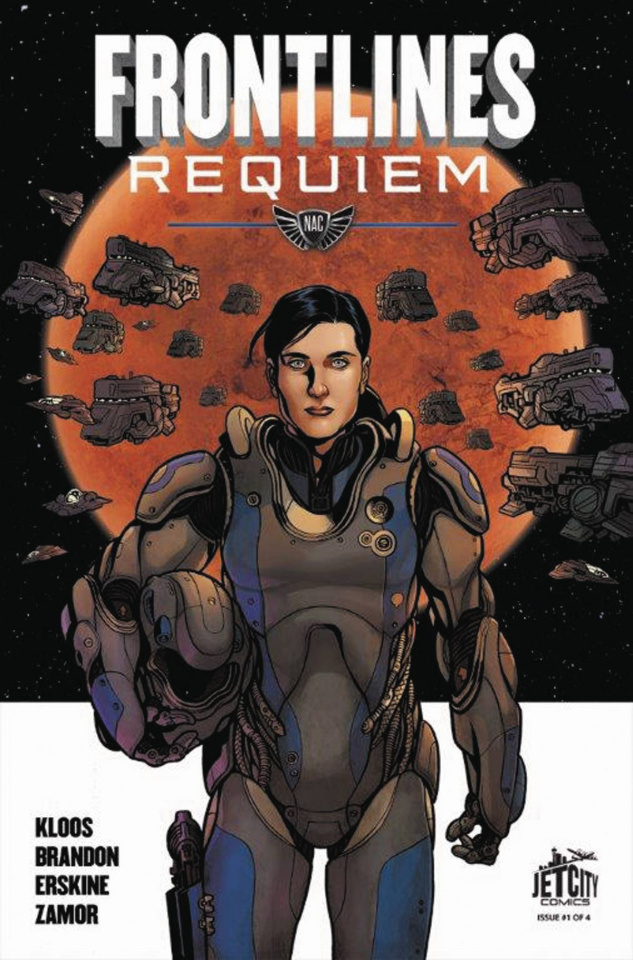