Norbert, Daisy, and Ham jet to Moscow as guests of Vladimir Putin! Norbert trades demon tongue for the release of the captive Crotch Rockets. But Putin has a higher value prisoner in mind - the Badger! With control of the Badger they can eliminate Ham, making Putin leader of the Five Wizards. However, the best laid plans often go "KAWANGO!" Don't forget to ask your retailer about the Bill Reinhold variant! 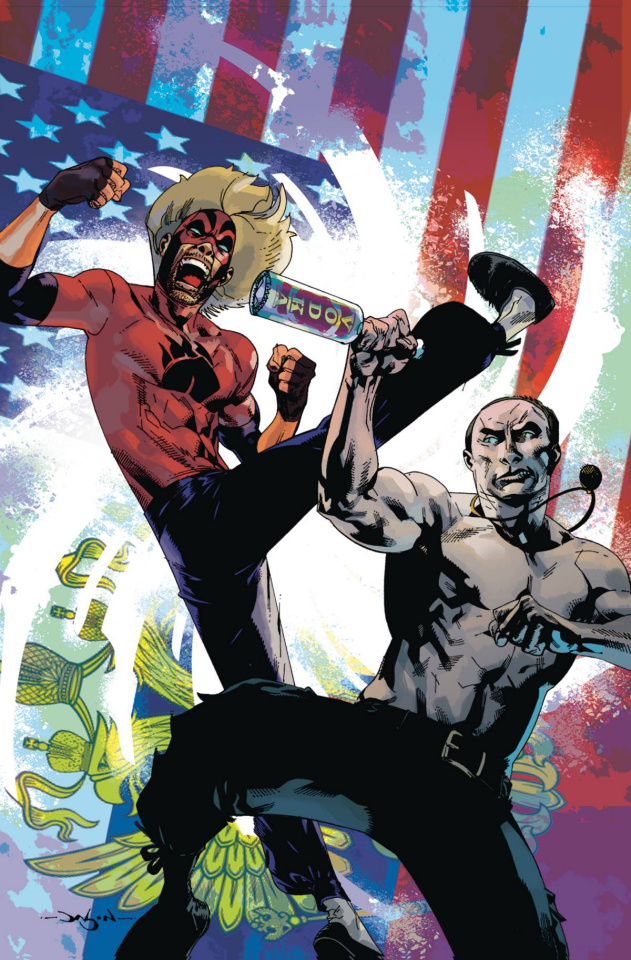