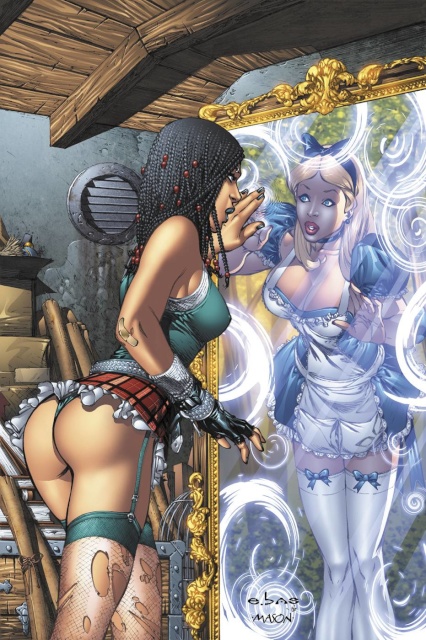 Almost 8 years ago Zenescope's Wonderland series hit shelves by storm with the release of the RETURN TO WONDERLAND mini-series. The twisted and modernized re-imagining of Alice's Adventures in Wonderland found a new generation of dedicated fans with its mix of horror and fantasy as it took the comic book world by storm! Now Zenescope brings you a $1.00 #1 re-release of one of the company's most popular series ever!