DEAD HAND descends on X-O Manowar! He may wield the universe's most powerful weapon, but not even X-O Manowar is enough to combat the unstoppable doomsday protocol called Dead Hand. To defeat this mighty army, Aric will need some might of his own...and an unlikely ally might be the key to victory! Robert Venditti (ARMOR HUNTERS, The Flash) and Diego Bernard (Red Lanterns) continue the modern epic DEAD HAND! 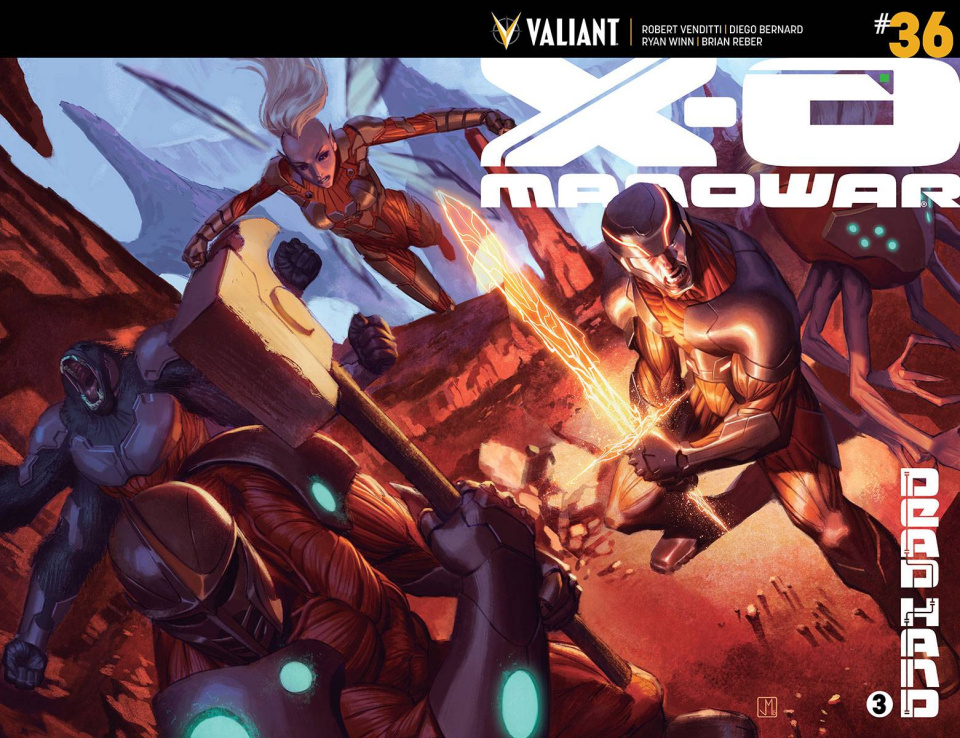