Battle Lines: A Graphic History of the Civil War

Featuring breathtaking panoramas and haunting images, Battle Lines is an utterly original graphic history of a nation transformed by the Civil War. A collaboration between the award-winning historian Ari Kelman and the acclaimed graphic novelist Jonathan Fetter-Vorm, Battle Lines begins each chapter with an object, and each object tells its own story. These objects, both iconic and commonplace, join with a cast of soldiers, farmers, slaves, and well-known figures to trace an ambitious narrative that extends from the early rumblings of secession to the dark years of Reconstruction. A daring presentation of the war that nearly tore America apart, Battle Lines is a monumental achievement. 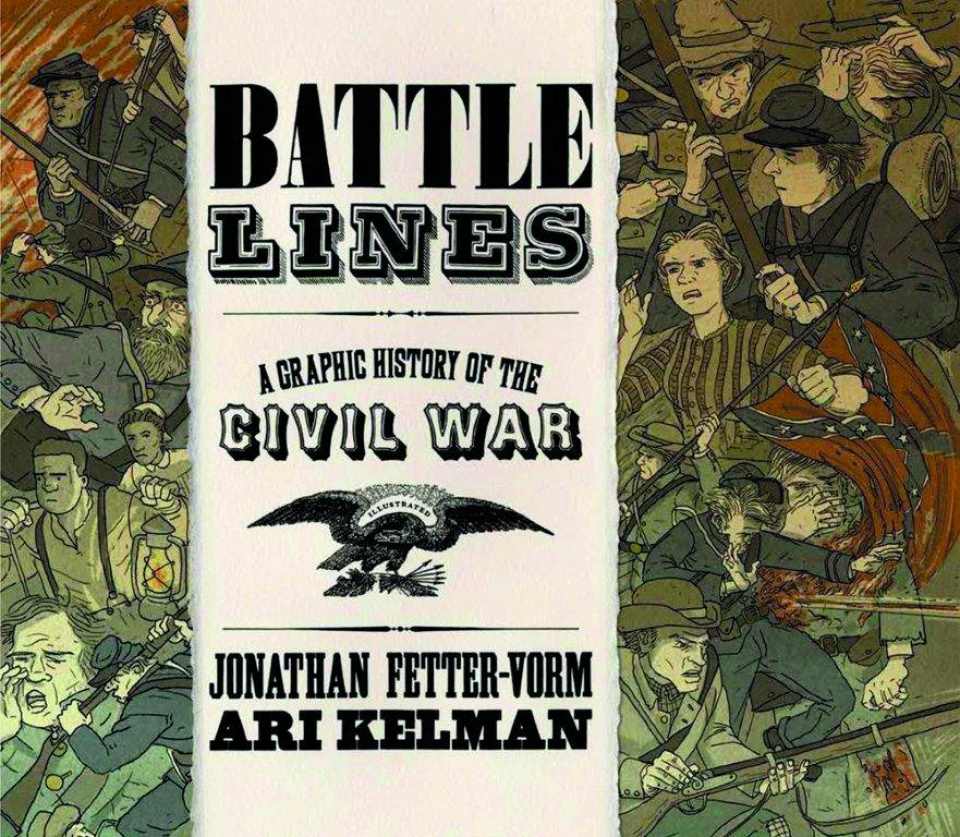