The epic pairing of these legendary heroes reaches its smashing conclusion in an extra-long, nail-biting finale. The action boils over this issue as both Django and Zorro battle to defeat the powerful Archduke of Arizona and shatter his sinister hold over the indigenous Yaqui people. Django finds he can no longer sit still as he sees an entirely different race enslaved under the yoke of a cruel master. And Diego de la Vega must deal with stunning heartache and loss even as he pushes ahead in his never-ending quest for justice. 30 pulse-pounding pages of story and art provide a rousing finish to this spectacular and ground-breaking series-the first official sequel to a film by Quentin Tarantino. Scripted by Eisner-award winner Matt Wagner and featuring art by Esteve Pols and colors by Brennan Wagner. 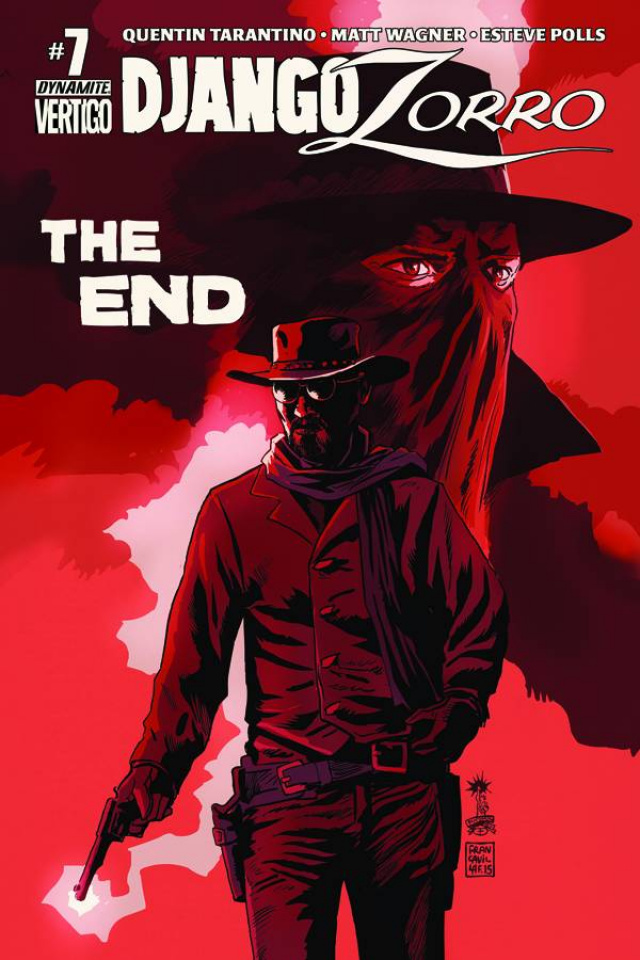