We roar into issue two with Native-American shaman David Blackthorn trapped in a greasy spoon diner and pitted against a pack of feral, meth-addicted werewolves! But little does he know that, in his midst, a survivor harbors a horrible secret that could end them all! Ravenous! Humanity is caught in a war where people have become mere cattle, used to satisfy the hunger of beings who were thought to have lived only in myths and lore. 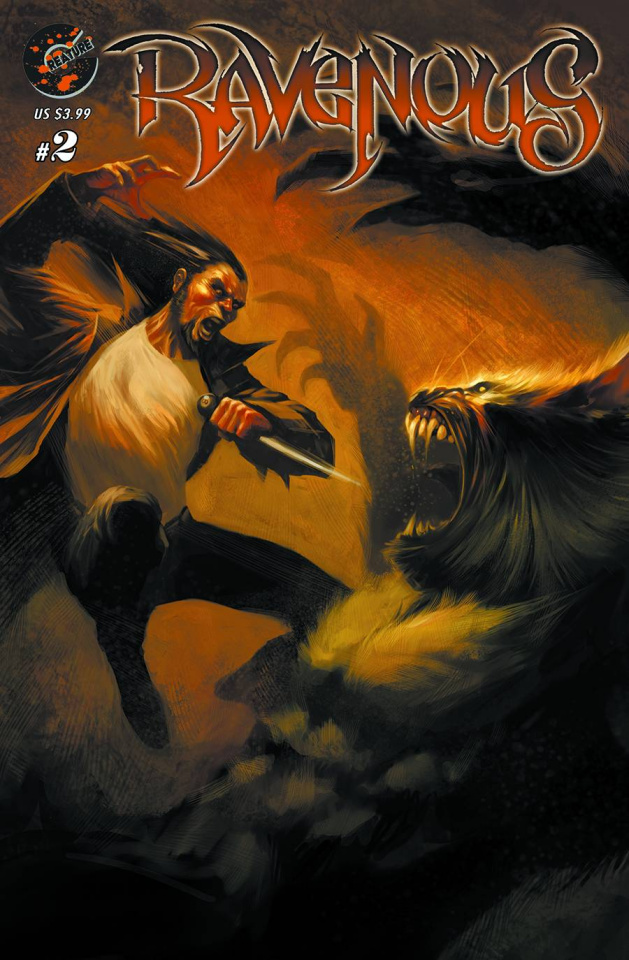