With enough time, you can fix anything. The Infinitum are a future society of people and aliens displaced to our past. Special Investigator Nine works in The Paradox Bureau, an agency that polices the temporal diaspora and prevents crimes before they happen. Nine is sent on assignment to the 1940s (to the very place and time he was originally recruited) and must avoid altering his own past while investigating a seemingly unpreventable murder. Nine uncoils a temporal conspiracy at the heart of a militant separatist movement. Why would an organization dedicated to preventing murder before it happens cover up a series of grisly killings? Through the flash of rayguns and the half-light and the fog of a future-tainted 1940s, Nine pursues a killer while he avoids fouling the investigations of his own multiple selves. 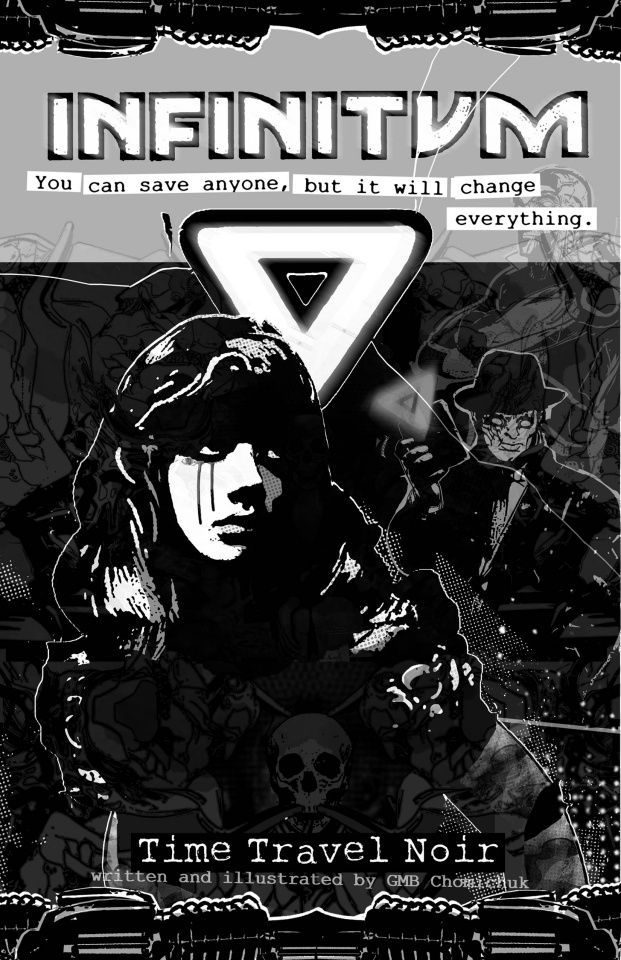