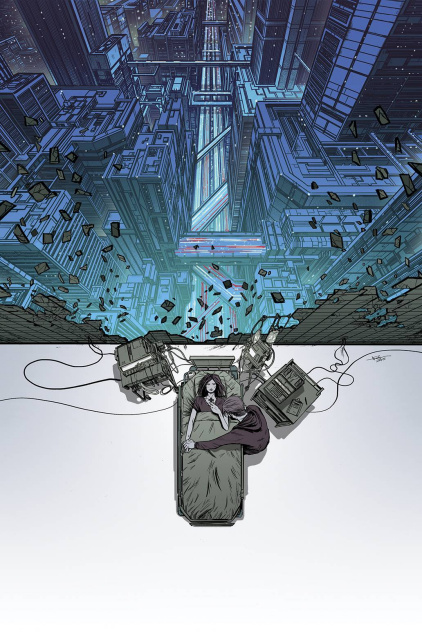 WHAT IT IS: When 99% of humankind is wiped out by a pandemic, four billion people are "saved" by being digitized at the brink of death and uploaded into Arcadia, a utopian simulation in the cloud. But when Arcadia begins to rapidly deplete the energy resources upon which the handful of survivors in the real world (a.k.a. "The Meat") depends, how long will The Meat be able - and willing - to help? Featuring the first of five connecting covers by Matt Taylor.