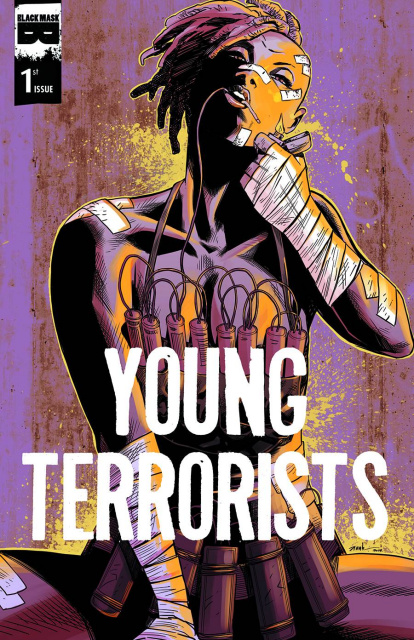 What if "The Smoking Man" from The X-Files were a real person, and his daughter found out what he did for a living? The daughter of an assassinated globalist kingpin breaks out of an internment camp and leads her fellow escaped prisoners in a battle against an elitist conspiracy of shadow governments, megabanks, and military juntas in this edgy and subversive sci-fi thriller. Incendiary writer Matt Pizzolo and striking newcomer Amancay Nahuelpan unleash this tour-de-force that fearlessly assaults politics-as-usual. Young Terrorists continues the legacy of DMZ and The Invisibles as it manically rips the scab off life under the new world order and revels in the pus underneath.