Zeus has been resurrected and his fury knows no bounds.

The Titans have taken the brunt of the greatest of the gods anger and now in the aftermath of the reclaiming of Olympus, only one thing remains.

Now comes the inevitable march for rule over the remaining realms.

But something is different this time.

The fates have aligned to bring unforeseen powers to bear and not even the petty gods can alter this coming onslaught!

Available with a Regular Cover by Jacen Burrows, an Enchanting Cover by Gardenio Lima, a Carnage Wraparound Cover by German Nobile, End of Days Cover by Jose Luiz, Iconic Cover by Raulo Caceres, and a special Gilded Incentive Cover also by Luiz. 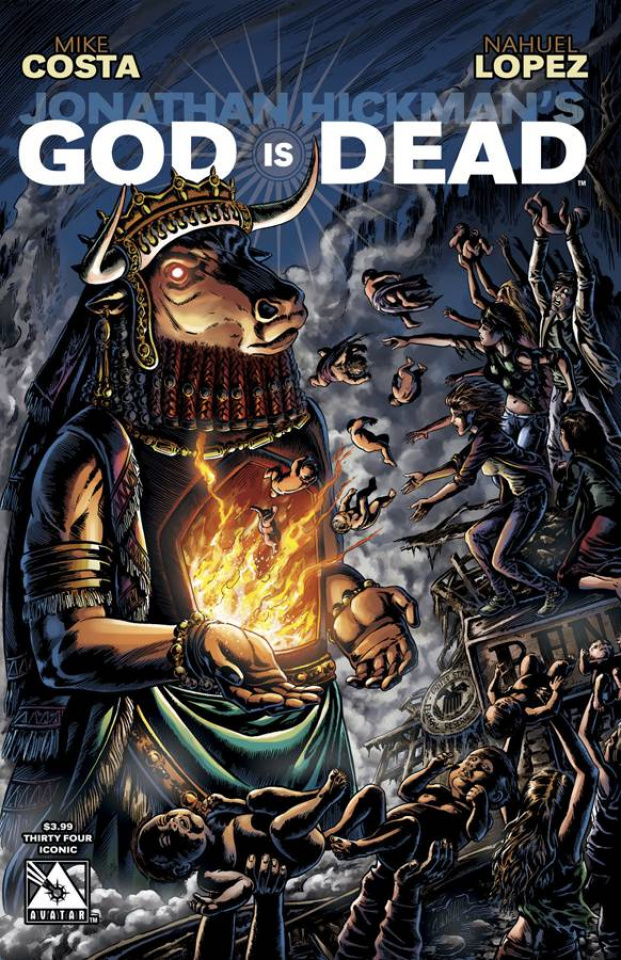