Nick Fury and his poker buddies Thing, Mr. Fantastic and Captain America play for high stakes against the Mandarin - but it could soon be Baron Strucker's Hydra that holds all the cards! When terrorists attack, S.H.I.E.L.D. Central falls. The Avengers and the Fantastic Four join the fight - but after heavy losses, Nick launches a recruitment drive for new agents. Will Wolverine respond? Then, Ol' One-Eye could be about to learn that Infinity isn't forever as he hunts for the Formula that keeps him (relatively) young. Will the search kill both him and the cyborg known as Deathlok? And when a group of villains unleash havoc on the Helicarrier, they threaten an early end to the careers of Ivory, Knock-About, Psi-Borg and Violence - the brand-new Super Agents of S.H.I.E.L.D.! Collecting NICK FURY, AGENT OF S.H.I.E.L.D. (1989) #24-35. 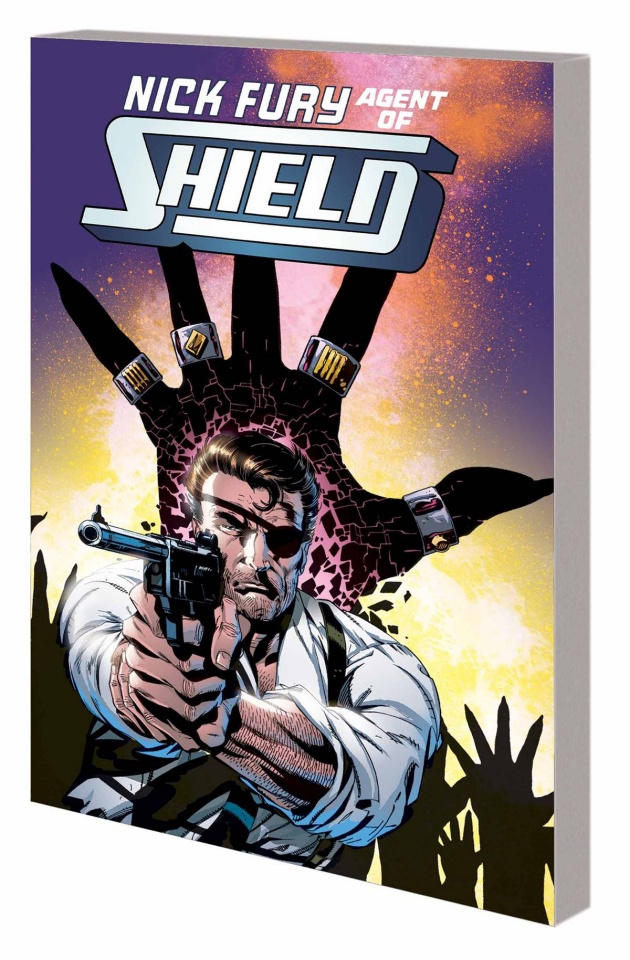