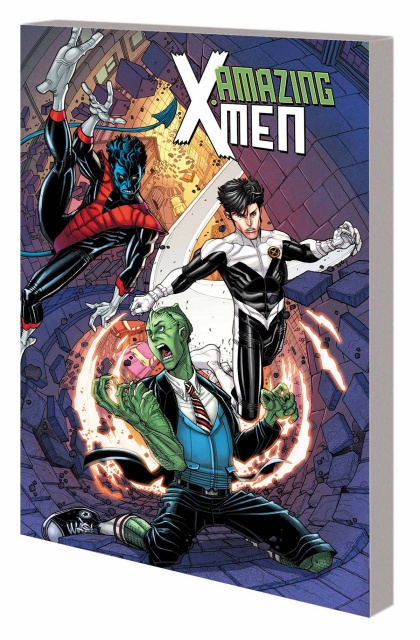 Amazing X-Men Vol. 3: The Once and Future Juggernaut

When the Gem of Cyttorak reappears, seeking to create a new avatar, none hear its call more than those who have previously housed the power of the unstoppable Juggernaut: Cain Marko and Colossus! But they aren't the only ones hunting for the Gem. Can the X-Men find it before it's too late? And can Colossus resist the temptation of Cyttorak's power? "Unstoppable" takes on a whole new meaning as Cyttorak's gem is finally located. The Juggernaut rises, and the X-Men fall! Has the Juggernaut returned? Is this the last stand of Colossus? Plus: A death in Storm's family sends the X-Men to Africa! And as AXIS inverts the X-Men, Anole's deepest fears are unleashed on the streets of New York City, and Nightcrawler and Mystique's relationship reaches a boiling point! Collecting AMAZING X-MEN (2013) #13-19 and ANNUAL #1.