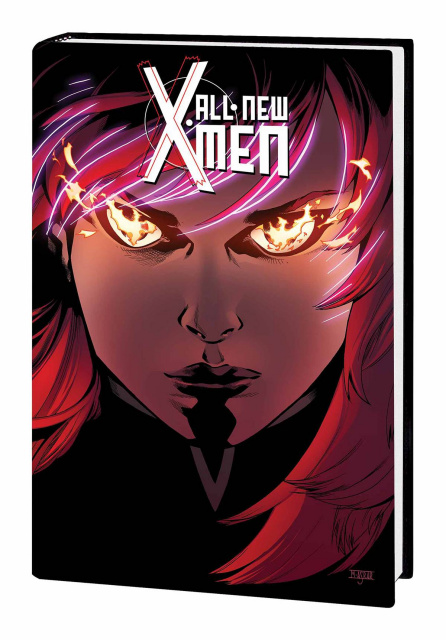 The time-tossed All-New X-Men are more than teammates, more than best friends - they have become a close-knit family. But the mysterious Black Vortex may sunder their family ties permanently! As the young mutants venture back into space to deal with a galaxy in chaos, they must decipher the Vortex's secrets - and fast, because the villainous Mr. Knife has kidnapped some of their team! Beast and Kitty travel to Spartax to study the Vortex Book as Storm formulates a plan to break into Mr. Knife's fortress. But will the Vortex's cosmic power transform the young mutants into something unrecognizable? Meanwhile, back on Earth, the Utopians hold a secret that will change the future of mutantkind - but who are the Utopians? The All-New X-Men may regret finding out! Collecting ALL-NEW X-MEN #37-41.