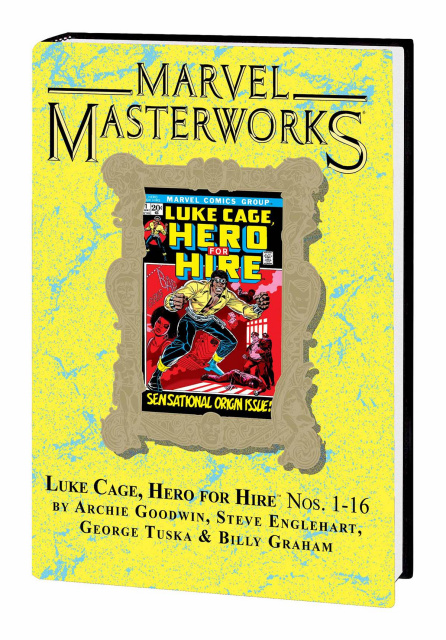 Luke Cage burst onto the comics scene in 1972 as the "Hero for Hire." Equal parts Marvel Method and Blaxploitation boldness, he was a new kind of hero for a new era. Now, the Marvel Masterworks proudly present the complete Luke Cage, Hero for Hire - the historic first title to headline an African-American super hero - in one hardcover volume! Cage's adventures depicted New York City's 1970s grit and the plight of its people unlike any other, all while incorporating larger-than-life villains including Black Mariah and Doctor Doom. From Cage's origin story to his first exploits as the hard-as-steel hero, each issue has been painstakingly restored and collected here in color for the very first time! Collecting LUKE CAGE, HERO FOR HIRE #1-16.