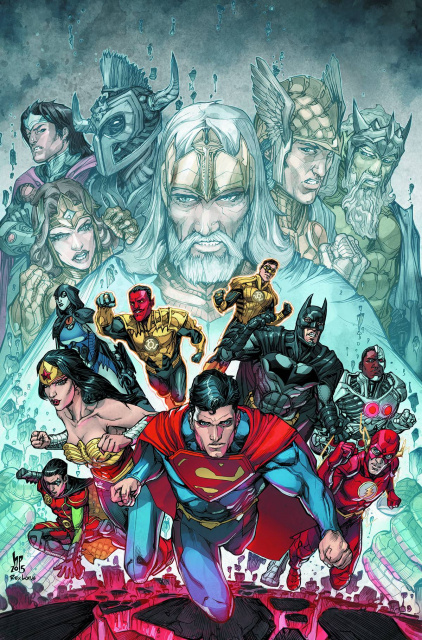 Injustice: Gods Among Us, Year Four #1

Superman's regime has been opposed by the Green Lantern Corps and by those who wield the power of magic, but the Man of Steel has emerged battered yet still in control. Now he's about to face his greatest opponents yet: the gods themselves! Hera's role in awakening Wonder Woman from her coma has drawn the attention of Mount Olympus, and these new players are about to test existing alliances.