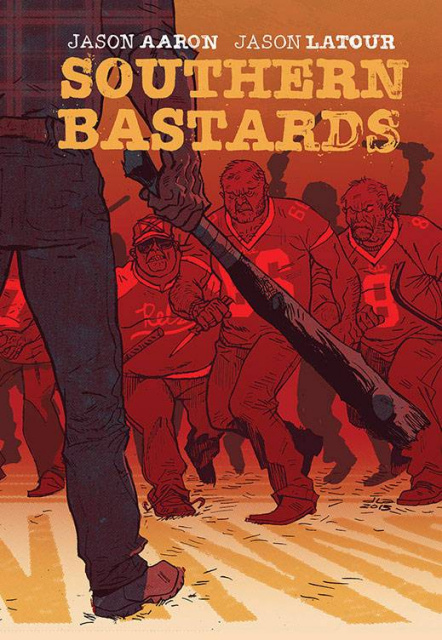 It's "exactly the kind of pulp goodness I live for" according to bestselling writer Ed Brubaker and it has bestselling writer Matt Fraction "both terrified and homesick." Welcome to Craw County, Alabama, home of Boss BBQ, the state champion Runnin' Rebs football team...and more bastards than you've ever seen. When you're an angry old man like Earl Tubb, the only way to survive a place like this...is to carry a really big stick. From the acclaimed team of JASON AARON and JASON LATOUR, the same bastards who brought you Scalped and Wolverine: Japan's Most Wanted, comes a southern fried crime series that's like the Dukes of Hazzard meets the Coen Brothers...on meth.

"You need Southern Bastards. Jason Aaron is back to southern-fried grit and Jaston Latour is showing he's one of the best cartoonists of our generation." -Rick Remender

"The gushing about Southern Bastards is completely on point. Jason Aaron nails it (as usual), but Jason Latour is the rocketship here." -Jonathan Hickman