Roy Thomas Presents: Captain Flash! The last new super-hero of the Golden Age - or the first super-hero of the Silver Age! A scientist receives a terrific dosage of radiation - and suddenly finds himself charged with super-strength! Sound familiar? Follow Captain Flash and his young ally Ricky as they battle the Iron Mask, the Mirror Man, the Black Knight, the Invaders and more, as drawn in this 4-issue Sterling Comics series from 1954-55 by the marvelous Mike Sekowsky. Plus Tomboy, a masked teen queen drawn by the fabulous Mort Meskin! Bonus! The two-issue run of Sterling's The Tormented, a 1954 horror comic with weird and wondrous tales! 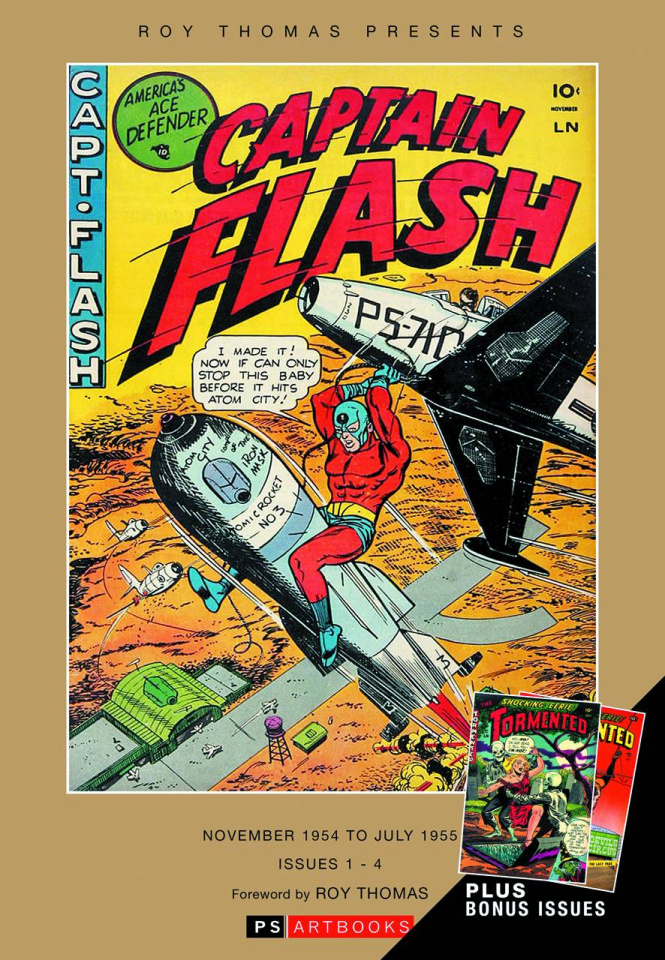