An adaptation of Franz Kafka's novel. Unlike the common cliche of Kafka's work, Amerika is not a dark and sinister novel, but a dynamic and colourful story, with a touch of absurdist humor. It tells the story of the young immigrant Karl Rossmann who, after an embarrassing sexual misadventure, finds himself "packed off to America" by his parents. Expected to redeem himself in this magical land of opportunity, young Karl is swept up instead in a whirlwind of dizzying reversals, strange escapades, and picaresque adventures. Godbout's first work in English uses the clear line aesthetic he perfected in his series Red Ketchup. 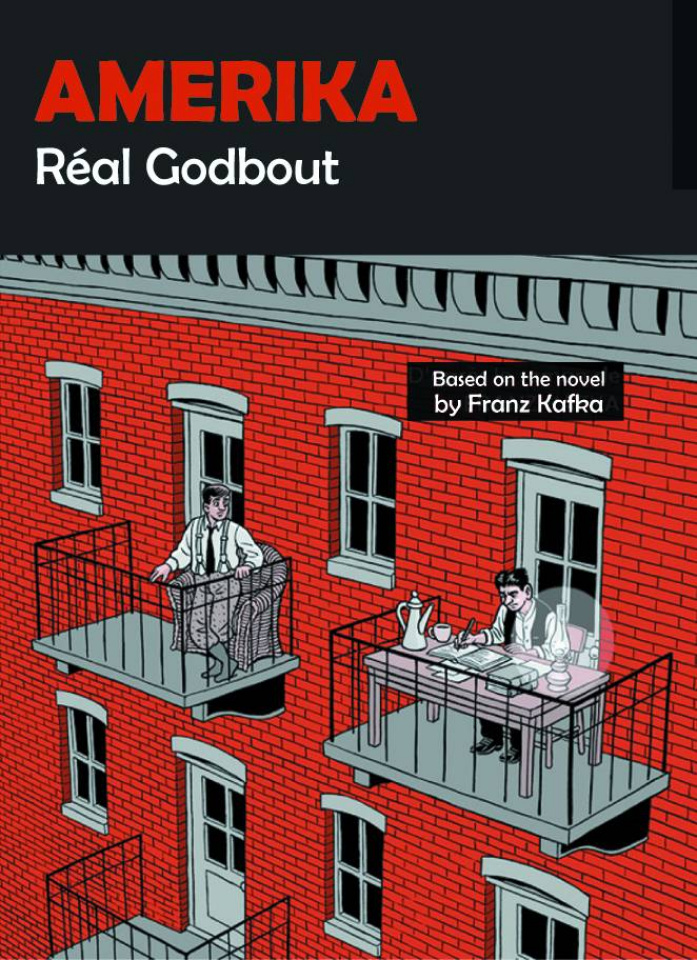