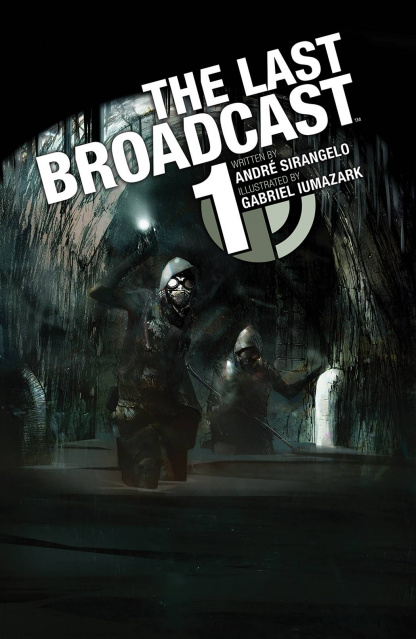 WHY WE LOVE IT: Ever wonder what's behind that "No Trespassing" sign? We do! Co-creators Andre Sirangelo and Gabriel Iumazark takes us deep into the renegade world of urbEx (urban exploration). Throw in a decades-old conspiracy involving vaudeville magicians and occult spiritualists and you've got us hooked.

WHY YOU'LL LOVE IT: The cunning, daredevil urbEx members of Backbone will win you over as the ragtag, Ocean's Eleven-style crew of the sewers and abandoned warehouses. Iumazark's Brazilian/Japanesefusion indie art style brings edgy energy to every dark corner. And fans of THIEF OF THIEVES and the film NOW YOU SEE ME will find comparisons to entice them.

WHAT IT'S ABOUT: An urban spelunking group in San Francisco discovers a secret bunker belonging to the long-vanished 1930s stage magician Blackhall the Incredible at the same time as young, out-of-work magician Ivan receives a mysterious package that points him toward a possible conspiracy involving Blackhall's death in 1934. Both groups dive into the mystery, not yet realizing that it's about the change their lives forever.