WHY WE LOVE IT: Creator Royden Lepp continues his allages saga of Jet Jones and the Taylor family in this third and penultimate installment of Rust, giving us the lyrical and visually stunning ode to family, childhood, and sacrifice that we love.

WHY YOU'LL LOVE IT: More secrets of the past are revealed for both Jet and the Taylors as they face their darkest fears in this calm before the oncoming storm. And, of course, more highoctane robot action!

WHAT IT'S ABOUT: Oz Taylor may know Jet Jones' secret, but convincing the rest of his family may be harder than he counted on. As Oz plots to rid the Taylor farm of the rocket boy, Jet tries to prove himself to the family that has taken him in, in hopes of finding the home he has searched for for so long. However, when shadows of Jet's past start coming back into his life, he realizes his days of running may be numbered. 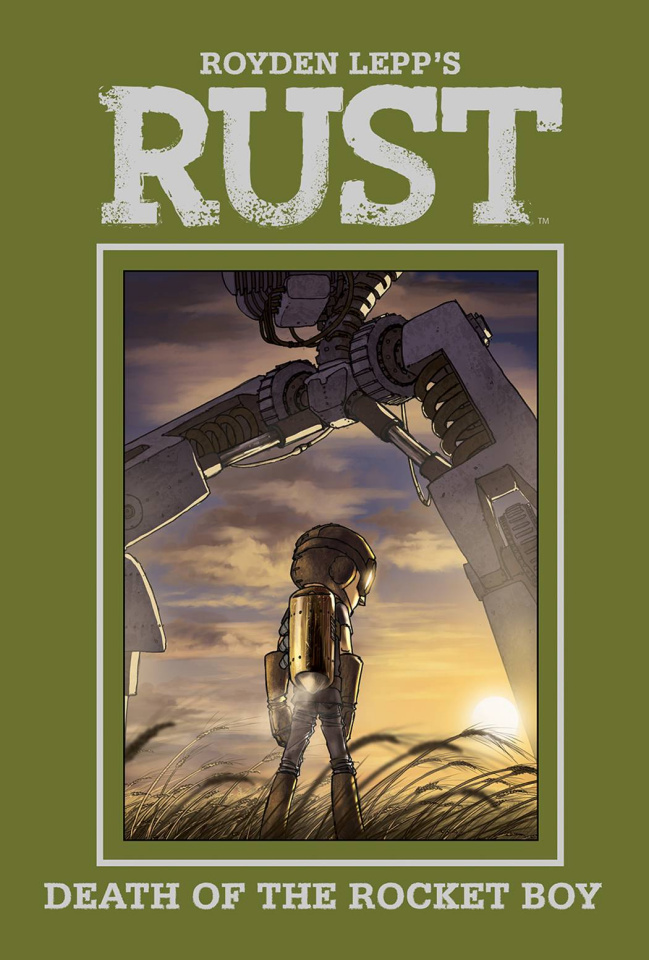