In the opening days of the Crossed infection the world reels beneath the onslaught of maniacal insanity. And yet, between the heartbeats of the maniacs loosed on unsuspecting humanity, a deadly endgame of nuclear war is playing out. With Russian nukes inbound to the east coast of the United States, the English Prime Minister must make a daring decision to avoid all out human annihilation while trying to determine the cause of the Crossed plague tearing through his country. In this world full of monsters, there is no help. There is only the Crossed. Available with Regular, Torture and Red Crossed Incentive covers by Christian Zanier a Fatale Fantasy cover by Matt Martin and a Wraparound cover by Gabriel Andrade. 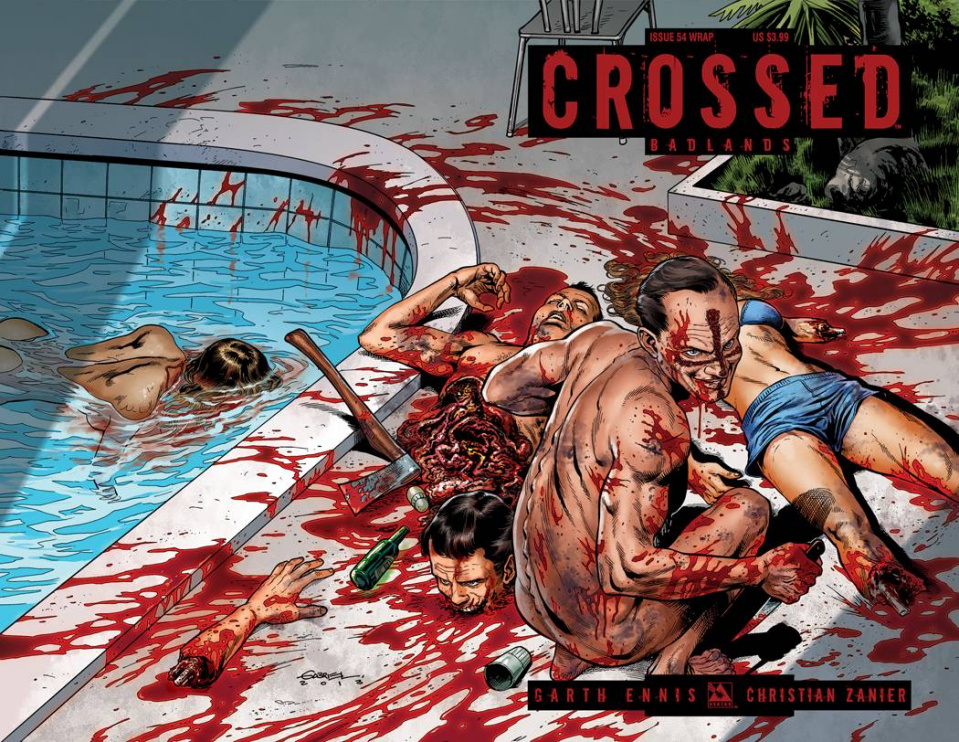