His name strikes terror throughout the universe: Galactus, the devourer of worlds! But now, the godlike Galactus' unceasing hunger has driven him mad - and he has come to destroy the Earth! As Marvel's greatest heroes face the ultimate cosmic threat, the Silver Surfer must again become Galactus' herald - and target other worlds for annihilation! Can the sky-rider save his monstrous master from himself, or will the unbalanced Galactus devour all he surveys? Get ready for never-before-revealed shocking secrets behind the origins of both Galactus and the Silver Surfer - and prepare yourself for the most unexpected death of all! Don't miss this universe-spanning adventure, illustrated by legendary Silver Surfer artists John Buscema and Jon J Muth! Featuring the Fantastic Four, the Avengers, Spider-Man, the Starjammers, the Shi'ar Imperial Guard and more! Collecting GALACTUS THE DEVOURER #1-6. 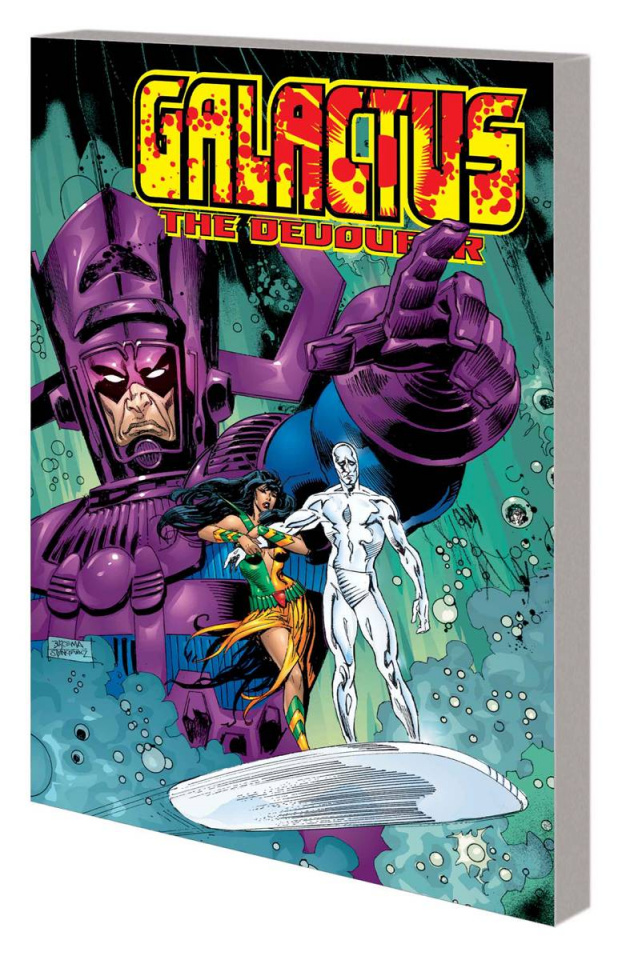