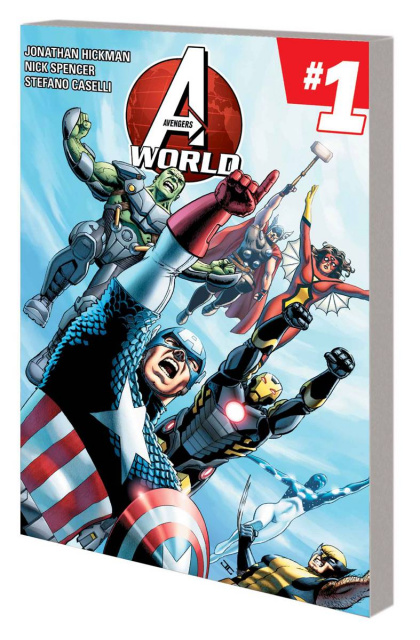 Earth's Mightiest Heroes have returned from the stars - but new threats have emerged on the world they left behind, and the Avengers will be tested like never before. In one cataclysmic day, the face of the Marvel Universe will change forever - and the fight for Earth's future will begin. Smasher, Sunspot and Cannonball find themselves trapped and prisoners of A.I.M.'s Scientist Supreme! Shang-Chi takes on the Gorgon in a fight to the death for control of the Hand! The City of the Dead will rise! Starbrand must confront the ghosts of his past! And three Avengers' lives depend on Manifold discovering his true destiny! Prepare for a globe-spanning epic of empires and armies, and the brave few who stand between them and us. The A.I.M. Empire has begun! Collecting AVENGERS WORLD #1-5 and material from ALL-NEW MARVEL NOW! POINT ONE #1.