Fury MAX: My War Gone By

Colonel Nick Fury, veteran CIA operative, has been at war for a lifetime. Now he sits alone in a dank hotel room, coughing his confession into a tape recorder, laying out a legacy of carnage stretching back to World War II. Because when that war ended, another one began - and Fury sought it out, regardless of the cost to those who loved him, including loyal George Hatherly, congressman Pug McCuskey and the beautiful Shirley DeFabio. From Indochina to Cuba, Vietnam to Nicaragua, Fury battled across the decades, encountering young Marine sniper Frank Castle and the nightmarish Barracuda - his constant lust for combat blinding him to all other concerns. But the end is coming. The debt is long past due. And Fury's true legacy will soon be written in blood for all to see. Collecting FURY MAX #1-13. 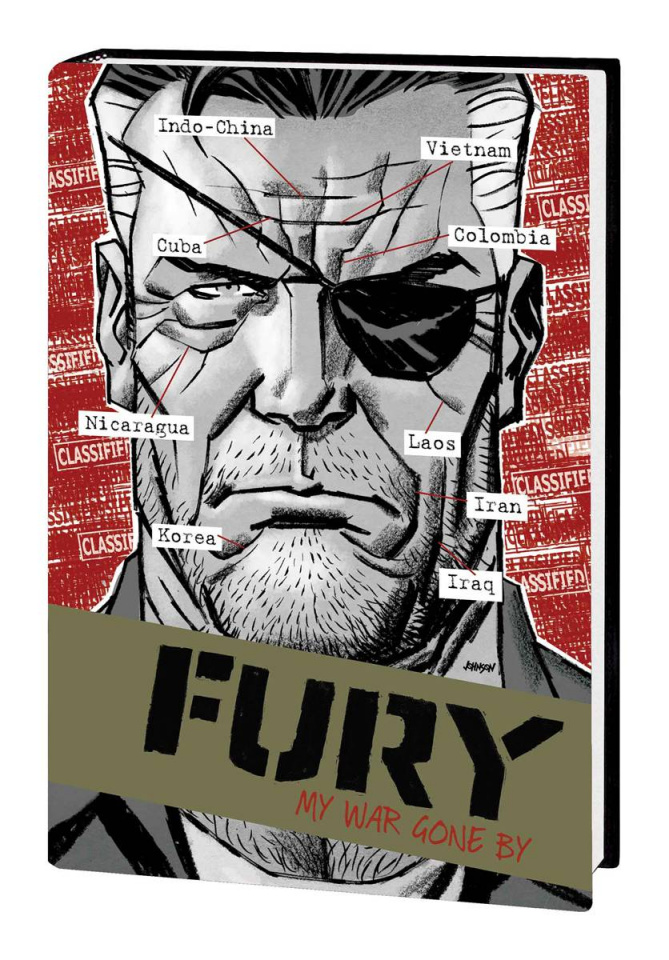