The Chronicles of Conan Vol. 27: Sands Upon the Earth

He is known as "The Great Devil"-Heku, warlord of the eastern kingdoms, commander of a horde likened to the sands upon the earth. More than conquest, Heku desires the return of his son, Kobe, once coldly given as a gift to a king but now Conan's comrade and unwilling to return to his father's evil embrace. All Kobe has between him and Heku's host is his sword and Conan's friendship, a bond stronger than steel! Collects Marvel's Conan the Barbarian #206-#214 and Handbook of the Conan Universe, never before collected. 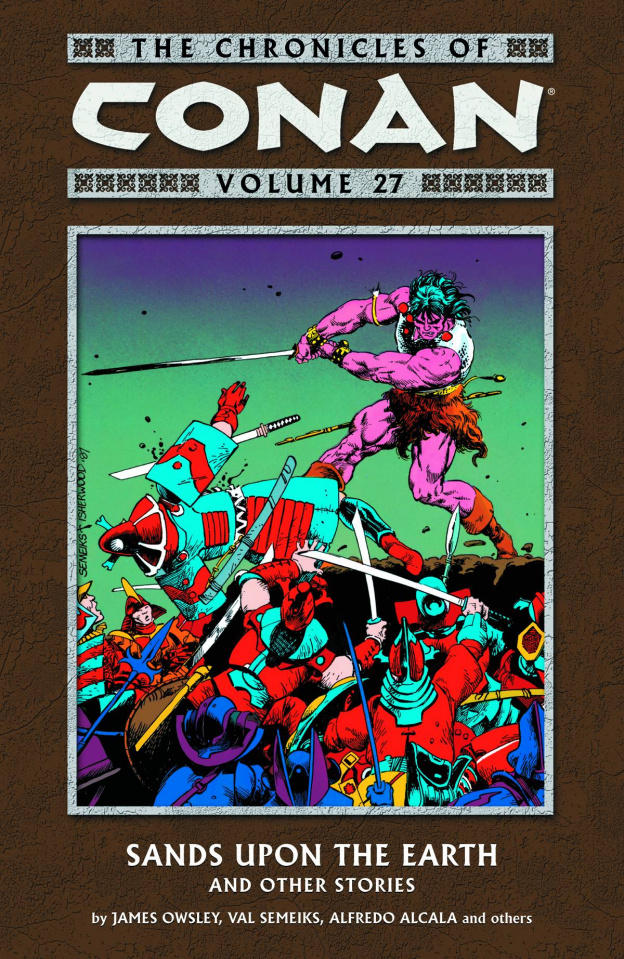