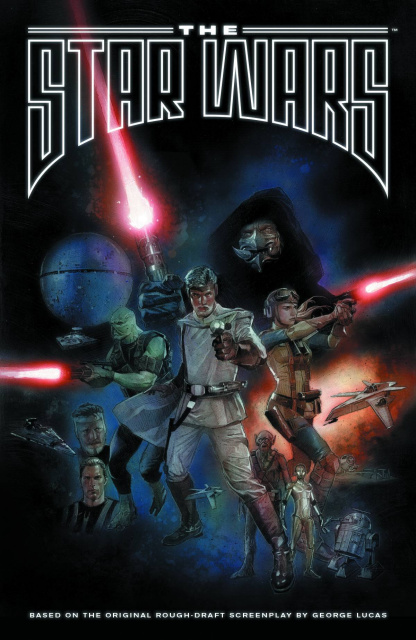 Before Star Wars, there was The Star Wars! This is the official adaptation of George Lucas's roughdraft screenplay for what would become Star Wars-the film that changed motion pictures and the world. You'll see familiar characters and places- but not all is the same in this long-ago and faraway galaxy. Still, strap yourself in for high adventure and lazersword duels, Jedi Knights, Princess Leia, Han Solo, and a battle to defeat the evil Empire!