After defeating the malevolent spirit of her long dead brother and escaping the terror of a town possessed by the insanity of the Mad Hatter, Calie and her daughter Violet disappear into the city of Los Angeles hoping to evade Wonderland's ever extending reach. But the duo is fast to learn that no matter where they run, or where they hide...wonderland will find them. From the writers and creators who brought you Zenescope's original Wonderland trilogy comes the continuation of the adventure in a world of madness like you've never seen before. Don't miss this epic trade paperback which collects the best-selling critically-acclaimed ongoing Wonderland series. Volume 2 collects issues 6-10 of the hit Wonderland series! 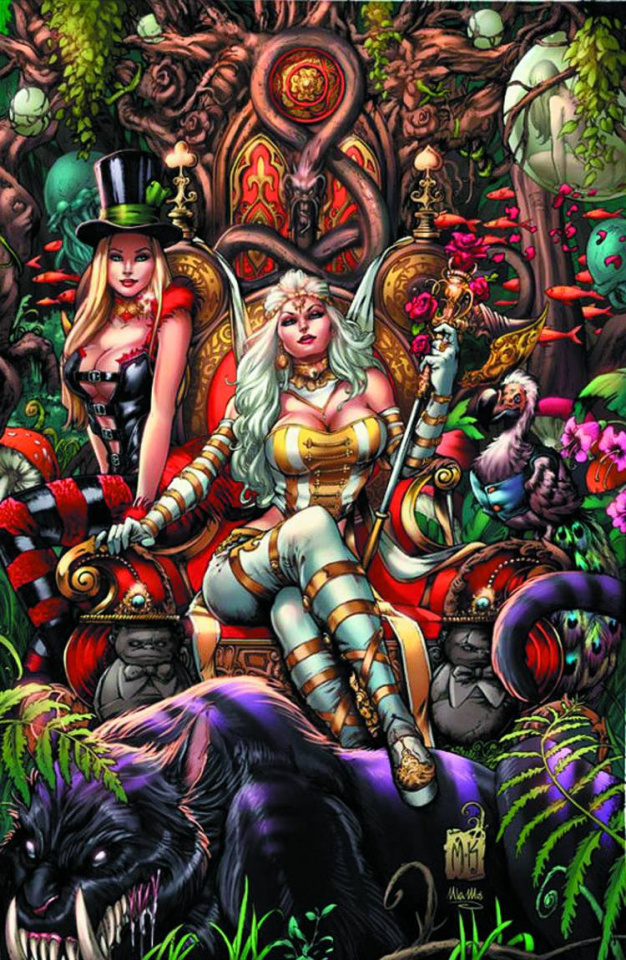