Outside the law. Inside your head. Welcome to the Renegades. Battered and broken after his escape from the Harbinger Foundation, telekinetic teenager Peter Stanchek only has one option left - run. But he won't have to go it alone. Crisscrossing America with the only two people he can trust, Peter will have to activate a new team of super-powered recruits before Toyo Harada and his Harbinger shock troops can reach them first. Peter Stanchek. Zephyr. Kris. Flamingo. You've never met a team of super-powered teenagers quite like the Renegades. And, together, they'll dismantle Harada's global empire one brick at a time. Collecting HARBINGER #6-10 by New York Times best-selling author Joshua Dysart and an all-star cast of comics' top artistic talents, get ready for the second stunning volume of the series Ain't It Cool News calls "simply astonishing." 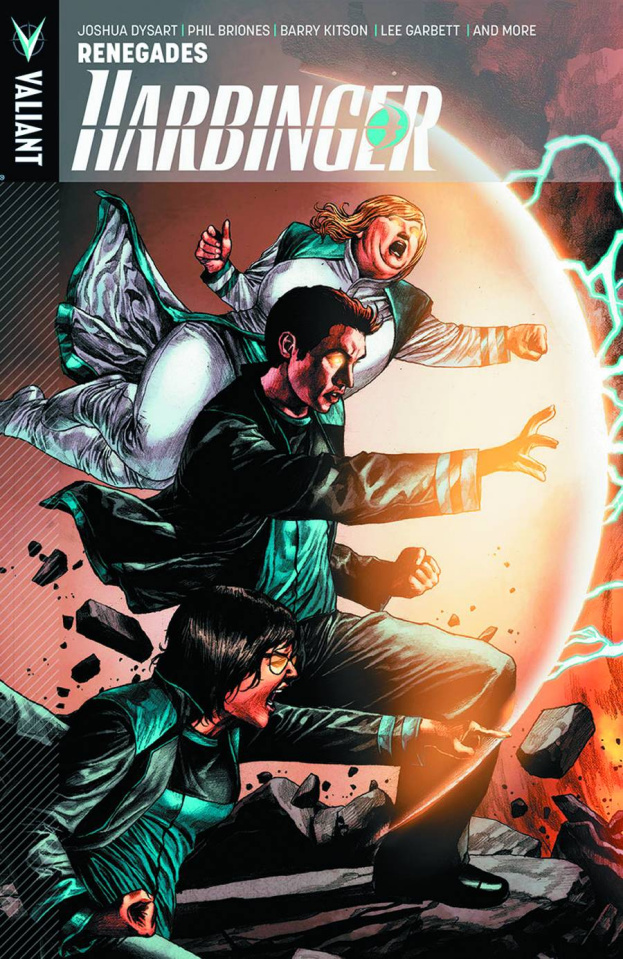